Sometimes in life confusion tends to arise and only dialogue of dance seems to make sense.
-Shah Asad Rizvi

For Art Thursday, something you might not have seen before...choreography notation! From Public Domain Review:

[These images are from] Choregraphie, a book first published in 1700 which details a dance notation system invented in the 1680s at the court of Louis XIV. Its author, Raoul-Auger Feuillet, was maître de danse of the French King. In 1704 another maître de danse, Pierre Beauchamp, filed a formal complaint, arguing that Feuillet had taken credit for what was in fact Beauchamp’s invention. The system, which survived in modified forms into the 1780s, is now known as Beauchamp-Feuillet notation. It indicates the placement of the feet and six basic leg movements: plié, releveé, sauté, cabriole, tombé, and glissé. 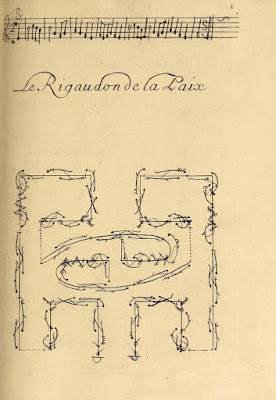 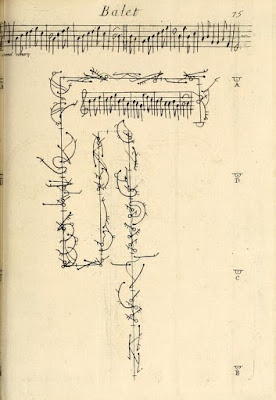 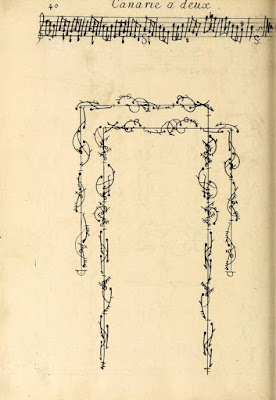 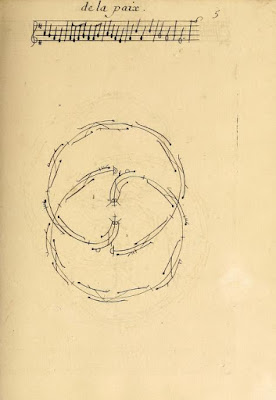 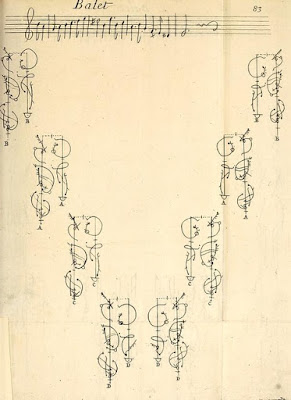 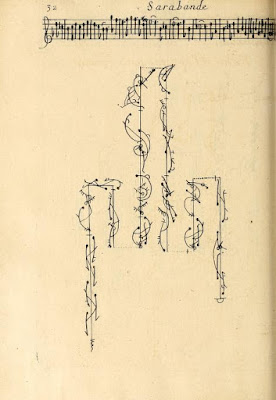 These are really interesting...and it makes sense that someone, somewhere would figure out a way to formalize dance movements.

I would definitely consider them art, too!