the sound of praise and names of love

Annie Lighthart grew up in a house full of books and teachers. Since there were too many books to dust, to be continually reading was considered a contribution to keeping the house clean.

For Poetry Friday, two poets whose work I have shared before. Time for more! 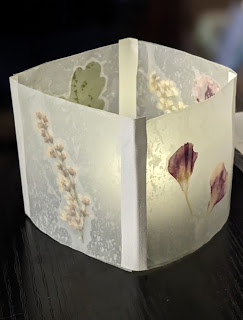 The Hundred Names of Love
by Annie Lighthart

The children have gone to bed.
We are so tired we could fold ourselves neatly
behind our eyes and sleep mid-word, sleep standing
warm among the creatures in the barn, lean together
and sleep, forgetting each other completely in the velvet,
the forgiveness of that sleep.

Then the one small cry:
one strike of the match-head of sound:
one child’s voice:

The Sound of It
by Annie Lighthart

Just a piano playing plainly, not even for long,
and yet I suddenly think of fields of timothy
and how a cow and I once studied each other over a fence
while the car ticked and cooled behind me.
When I turned around I was surprised that it had not
sprouted tall grass from its hood, I had been gone
so long. Time passes in crooked ways in some tales, 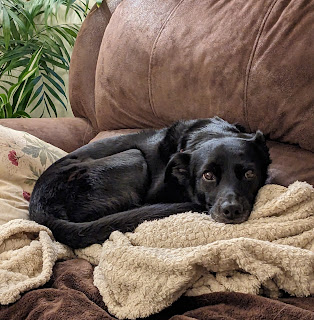 Find me wild about stir-fry, about red velvet
sofas and the people who sleep inside books
and dream about commas. We are flooded
with forgetfulness, with fallen plum blossoms
misspelling our names on the driveway. Praise
our too many expectations, how we overestimate

Bookseed Studio has the Poetry Friday round-up. Thanks, Jan!

The bird-and-flower motif started appearing in Japanese art around the Muromachi period during the 14th century, and developed its own distinct style. It also entered ukiyo-e woodblock printing, where it was known as kachō-e (花鳥絵).
~Wikipedia

For Art Thursday, prints by kachō-e artist Ohara Koson (1877-1945). My main focus was on animals and the moon, but I couldn't resist adding a couple of flower prints. 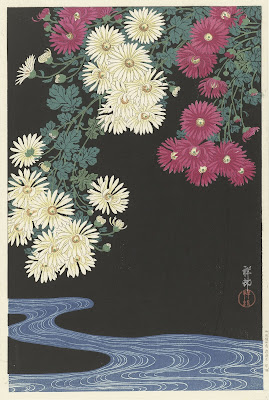 Although Cameroon has one of the richest media landscapes in Africa, it is one of the continent's most dangerous countries for journalists, who operate in a hostile and precarious environment.
~Reporters without Borders 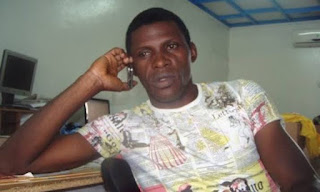 Sometimes it feels like the world is more like an Avengers movie than we realize, minus the superheroes. Martinez Zogo was a journalist in Cameroon who was covering government corruption when he realized that his life was in danger. Zogo tried to get to the police for protection, but he was kidnapped first. Sadly, his body was found five days later. Where is the justice for Martinez Zogo? 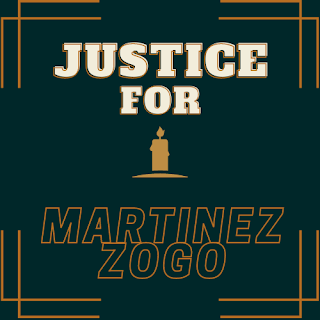 Posted by Tabatha at 7:38 AM No comments:

Sibyl of the Rhine

I gave a lecture once where I played 14 different recordings of Hildegard, and the audience assumed they were all separate pieces. But they were really the same composition, in wildly different performances.
~Honey Meconi

Another quote about Hildegard of Bingen from Honey Meconi:

One the things I love about her is that she was 42 before she started writing anything down. In a sense, I think of her as the patron saint of “late bloomers.”

...Hildegard was also someone who didn’t accept her place in the world. She wrote her books, and created a new language, and, in a male-dominated church, she went on preaching tours at a time when women were not supposed to preach, especially in public.

One more thing that isn't music...YouTube suggested that I watch this and I was impressed. Rajiv Surendra:

Here is Light; it's too hot to touch
but don't remove your fingers.
~Nadya Agafonova

Poems this week from INVASION: Ukrainian Poems about the War, edited by Tony Kitt, translated from Ukrainian by Anatoly Kudryavitsky. Nadya Agafonova, the poet who wrote the above quote, was killed by a Russian rocket. 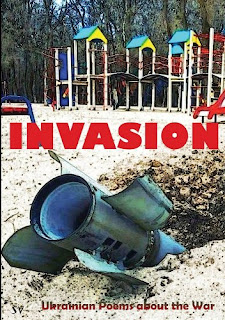 The Journey
by Anatoly Dnistroviy

the tree cuts the lantern light in two
paving a radiant track towards my feet
the train will arrive in a few minutes
but I still don't know where I am going
mother bade farewell to me and said:
home is where somebody's waiting for you
so I'm now travelling on a toy train
that moves along the bright rails towards her

no beauty in them,
no aesthetics;
metaphors withered and scattered
deprived of blooming

metaphors buried
on playgrounds
under hastily made
crosses

frozen
in unnatural poses
across the thresholds,
strewn with dust

cooking food over an open fire
in attempt to survive

metaphors dying of dehydration
under the rubble

shot in a car
under a makeshift
white flag

lying on the footpath
with motley backpacks on their backs

next to their
executed pets

forgive me, but such poems
are all we have for you today,
ladies and gentlemen,

dear estimable spectators
in the theatre of war

There is nothing problematic or awkward about the poem itself. It is elegant and powerful. It reminds us how metaphors work. The awkwardness and the frightfulness resides not in the poem, but in us. The poem helps us own this. What are we supposed to do, we the spectators of the theater of war?

...The way to relieve the sense of awkwardness is to do something to help. In this horrible war of atrocity, the Ukrainians have made this easy for us. This is not a conflict where it is unclear whom to help or how. Both the Ukrainian state and Ukrainian civil society are highly functional, which means that it is quite simple to do something more than spectate.

Marcie Flinchum Atkins has the Poetry Friday round-up. Thanks, Marcie!

Black and Red for Art Thursday.

Mary Magdalene writing
by Master of the Female Half-Lengths a.k.a. Master of the Vienna Concert
Dutch-Southern Netherlandish painter, 1530-1540 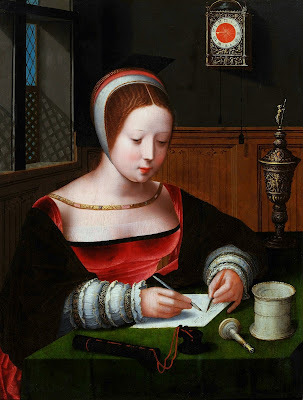 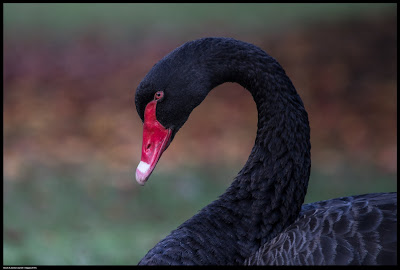 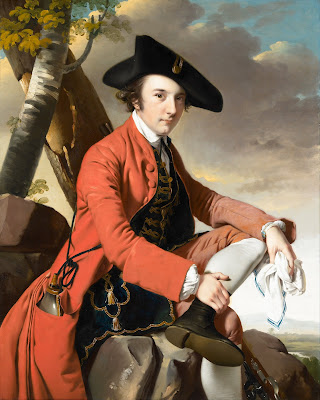 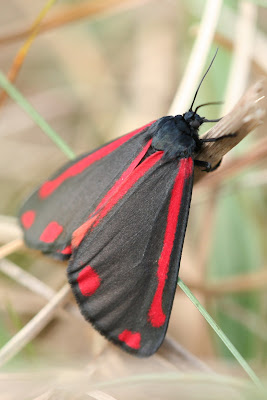 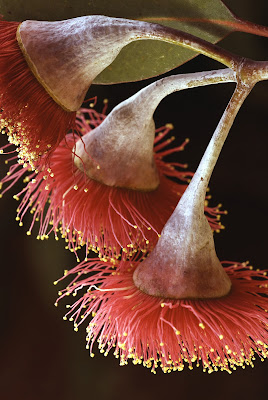 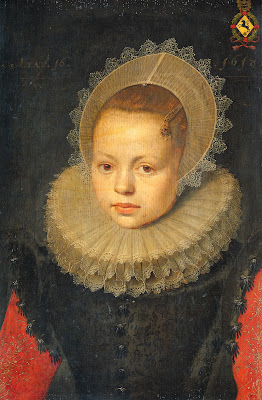 I sing to the god with the three pronged rod
And the whiskers wild and free
That I've got a man with a beard and tan
And a passion for the sea
~Connie Converse, Father Neptune

Kind of a rabbit hole for Music Monday. First I looked up Connie Converse, a singer/songwriter whose music Ariana introduced me to:

She has a mysterious story, and you can find multiple documentaries about her.

Then I found a video of The Ladles singing one of Connie Converse's songs, Father Neptune:

I found another Ladles song:

That led me to hearing the original by Fats Waller, which felt a bit slow at this point (lo siento, Mr. Waller), so I found this fun one by Martha Davis & Spouse with Perry Como: