Ancient Greek poetry from Sappho this week. She reminds me a bit of Emily Dickinson. Sappho mentions Greek gods and goddesses often in her poetry, so when she refers to "Dawn," she imagines someone like this: 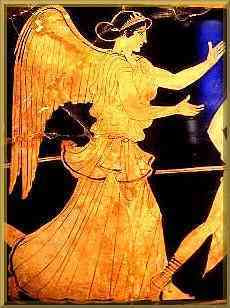 From Sappho: A New Translation, by Mary Barnard, 1958

Standing by my bed

In gold sandals
Dawn that very
moment awoke me

Mother dear, I
can't finish my
weaving
You may
blame Aphrodite

soft as she is

she has almost
killed me with
love for that boy

As a whirlwind
swoops on an oak
Love shakes my heart

It is clear now:

Neither honey nor
the honey bee is
to be mine again

that loosener
of limbs, Love

reptile-like
strikes me down

We know this much

Death is an evil;
we have the gods'
words for it; they too
would die if death
were a good thing

Posted by Tabatha at 7:11 PM No comments:

We've got a bit of a running theme today: drama and poetry.

There's a new movie out about poet John Keats and his muse, Fanny Brawne, about whom he wrote: "Yourself—your soul—in pity give me all, Withhold no atom's atom or I die." Looks like it is getting good reviews.

A while back (April 2008, to be precise), I talked about making a poetry calendar. If you are interested in trying that cool project, here's a terrific reference for you: Birthdays of the Poets. Clicking on that will take you to September, but from there you can find the other months in the "blogroll." Today is the birthday of Samuel Johnson, 1709 - 1784, who described actors trying to keep up with the whims and fancies of their audience as chasing "the new-blown bubbles of the day," and he said, in Drury-lane Prologue Spoken by Mr. Garrick:

"The stage but echoes back the public voice.
The drama's laws the drama's patrons give,
For we that live to please, must please to live."

Now, let's look at an actor (Matthew Macfadyen) performing a few poems. This actor was new to me and I was impressed by the way he brought the poems to life.

Matthew Macfadyen reads When You Are Old, This Is Just To Say, and Sonnet 29.

One last thing...I get a huge kick out of Garrison Keillor's Writer's Almanac (I get the daily email sent to me...you can sign up here). You can go to the site to hear Mr. Keillor read them himself.

Posted by Tabatha at 7:54 PM No comments:

Quasi Triolet for Billy the Kid’s Gravesite
by DGB Featherkile

A triolet is a poem or stanza of eight lines in which the first line is repeated as the fourth and seventh and the second line as the eighth with a rhyme scheme of ABaAabAB.

You can see some good ones here, here, and here.

Posted by Tabatha at 8:12 PM No comments: 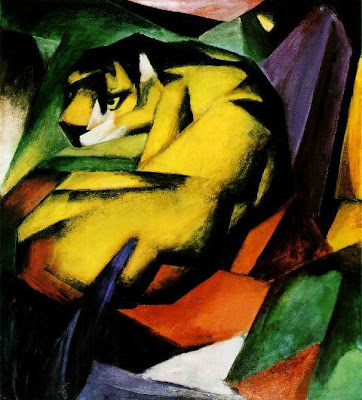 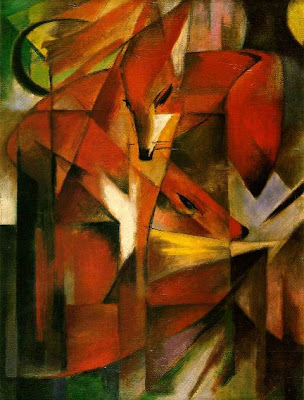 The Little Monkey
by Franz Marc, 1912 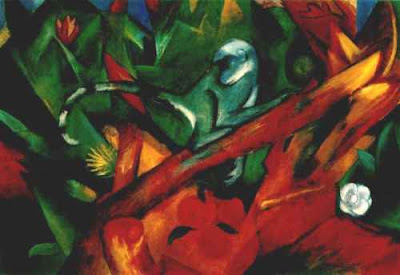 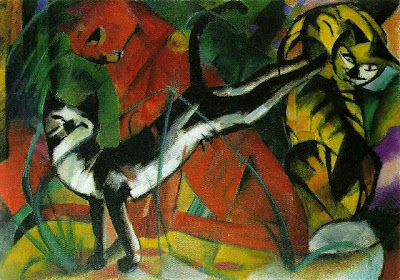 Marc volunteered to join the army during World War I. I read that "his name was on a list of notable artists to be withdrawn from combat in World War I. Before the orders were carried out, he was struck in the head and killed instantly by a shell splinter during the Battle of Verdun (1916)."

I'm fascinated by the list of artists that the government wanted to save, but I didn't see any more information about that.

On a recent visit to the International Spy Museum in Washington, D.C., I saw a reference to a poem used as a code by the Allies during World War II. I was fascinated by the idea of poem-codes, so I looked it up. Recitation of the first line ['Les sanglots longs des violons de l'automne'] of Paul Verlaine's Chanson d'Automne alerted the French Resistance that D-Day was approaching, and the second line ['Blessent mon coeur d'une languer monotone'] meant that the invasion was eminent within 48 hours.

But that wasn't the only code-poem from World War II, not by a long shot.

Knowing that previously published poems could be decoded by the enemy, England's chief cryptographer Leo Marks wrote original poems to be used as codes. This famous poem was used by spy Violette Szabo. 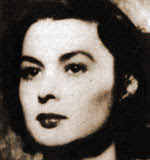 The Life That I Have
by Leo Marks

Richard Armitage, who has a beautiful voice, does a great job reading the poem in this video (it's only about 40 seconds, although there's music afterward).

Bit o' trivia: What did Mr. Marks think indicated a potential for code-breaking talent? An interest in music and an aptitude for crossword puzzles.

Leo Marks wrote a biography called Between Silk and Cyanide: A Codemaker's War, 1941-1945. You can read the first chapter here.

If you're interested in seeing a movie about Violette Szabo, there's Carve Her Name With Pride.

(This isn't about Ms. Szabo as far as I know, but there's also Female Agents -- which looks like an action thriller about French Resistance agents.)

Posted by Tabatha at 8:25 AM No comments:

Art on the Tee

The artist alone sees spirits. But after he has told of their appearing to him, everybody sees them.
~ Johann Wolfgang von Goethe


Let's take a look at some artists' visions that can be found on the most everyday of fashions -- the t-shirt.

Hello in There!
by Ian Burns, at Threadless 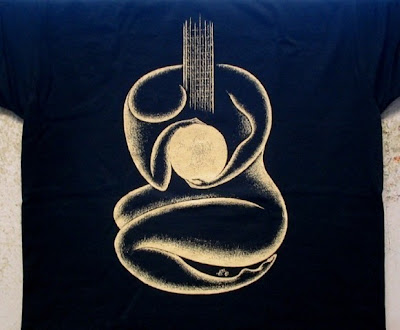 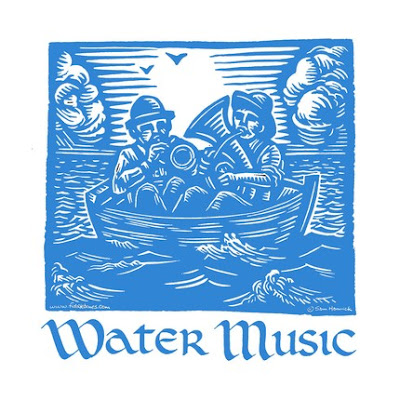 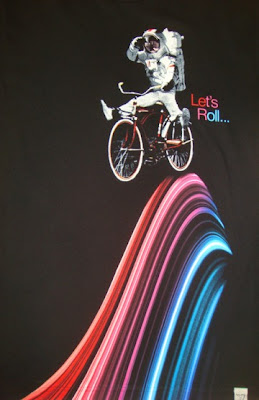 Watering Can
sold by the Imaginary Foundation 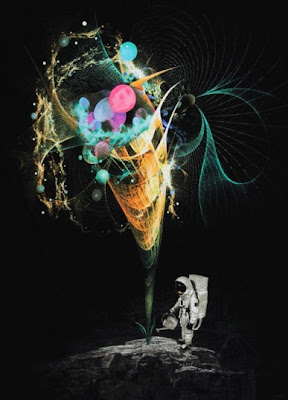