Label-locked thinking can affect treatment. For instance, I heard a doctor say about a kid with gastrointestinal issues, “Oh, he has autism. That’s the problem”— and then he didn’t treat the GI problem.
~Temple Grandin

Thinking about getting the right diagnosis today for Wellness Wednesday. It's a big topic and I don't know how to make sure you get the right one, but I did want to throw out there that if you feel like you've gotten the wrong one, don't stop there.

Undiagnosed physical conditions can present as mental wellness issues and be misaddressed. For instance, I know a boy who was believed to have clinical depression until a celiac test came back positive and they realized gluten was the source of his fatigue and inability to function. If he had just been given anti-depressants, his condition would have continued to worsen. (When you have celiac and you keep eating gluten, you wind up not absorbing minerals, which causes you to have mineral-deficiency symptoms. My daughter had nausea from lack of magnesium before we found out she had celiac.)

I know of two girls in one grade who had tachycardia (POTS, specifically), which caused heart palpitations that were mistaken for anxiety. POTS generally develops in adolescent girls, so keeping an eye out in high schools and colleges for this easy-to-test-for condition is important. Being a teenager is often stressful, so people tend to assume that stress is the cause of teens' problems, but sometimes there's something else going on.

Other physical conditions that can be mistaken for anxiety or depression include epilepsy, mast cell disorders, anemia, diabetes, lead poisoning, hyper and hypothyroidism, COPD, and others. There are a bunch of things that can make you feel on edge or make you feel exhausted, low, less able to cope. (Lack of sleep, not eating well, or too much caffeine can do that, as well.) 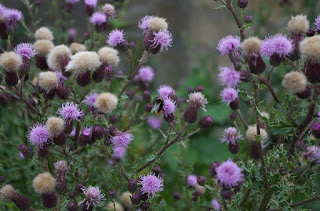 Anybody can be misinterpreted, and girls and women seem particularly prone to being brushed off by medical personnel. Maya Dusenbery explains:

Of course, the fact that women are more likely to have “medically unexplained symptoms” might have something to do with the fact that medicine just hasn’t devoted much scientific study to explaining them. It’s this maddeningly mutually reinforcing dynamic ― the way the knowledge gap perfectly feeds into the the trust gap and vice versa ― that explains why, despite the fact that both problems have been recognized for decades, they’ve nonetheless persisted well into the 21st century.

On one hand, the knowledge gap creates the stereotype that women are hypochondriacs and hysterics whose symptoms are often “all in their heads.” Each time a woman sees a doctor for symptoms that go unexplained ― whether it’s “atypical” symptoms of “female-pattern” heart disease that’s undetectable by a traditional angiogram, or fatigue from an autoimmune disease that is missed for years, or unrecognized side effects of a medication that was tested only in men ― it reinforces the impression that women are prone to complaining of symptoms with no evident physical cause.

This stereotype, which is born of medicine’s own failure to recognize women’s diseases, in turn, affects how all women are perceived when they enter the medical system. In a self-fulling prophecy, doctors take their symptoms less seriously and, prematurely concluding there’s probably no medical explanation, more quickly abandon their search for one. The fact that doctors get very little feedback on their diagnostic errors perpetuates the problem. Since they rarely learn if that woman they sent home with a prescription for antidepressants is eventually correctly diagnosed by another doctor, they assume that she really was the stressed-out somatizer they judged her to be.


I tried out a few symptom checkers to see how they did with unusual stuff, and this one seemed the best: Isabel
Second best: Esagil

I've been reluctant to talk about this topic because it's too BIG, but I wanted to support people who are wandering in the wilderness of not having the right diagnosis. Don't give up!

Lastly, a link to an old Wellness Wednesday post: Being Your Own Health Advocate

I have never gone to a doctor for routine checks because no matter what is wrong doctors say it will all be fixed if I would lose weight.

I call it "knee-jerk" medicine. Many times, not a lot of thought goes into diagnosing health problems...just automatic reactions. And they will stick to those reactions even in the face of evidence to the contrary.

I once told a doctor that I thought a certain medication was causing a particular problem and he looked it up in a medical book and said, "No, that isn't listed as a side effect."

When I talked to him later, I said: Doc, the problem started when I took the medication and went away when I stopped taking the medication. He just shrugged his shoulders.

Hard to have faith in modern medicine when doctors aren't open minded.

My husband has always encouraged me to trust the doctors...they know what they are doing...But I have never trusted them (and my mother was a registered nurse). They do NOT listen well - one gave me medicine for a second time that I was allergic to, but fortunately read the labeling and researched it to find out on my own it was the same stuff, different company name. They roll their eyes if they think you have done any research on your own (like I am too stupid to figure out which source is credible). I love the "it's not one of the side effects" responses. I tell them to "Write it down anyway. It is one of the side effects for me." If everyone dismisses patient input then, yeah, it never says it is a side effect.
Discovering my wheat/gluten allergy (on my own) has been SO freeing! The restrictions of diet is way more freeing than the unpredictability of a life reacting to foods.
Great post! Sorry for ranting. I guess I should have made a post!

BTW: loved the thistles...my maiden name and the T in Donna JT is "Thistle"...

It is SUCH a relief having the right one, but it sometimes takes so long to get there... I'm grateful I finally got there!