The library didn't only contain magical books, the ones which are chained to the shelves and are very dangerous. It also contained perfectly ordinary books, printed on commonplace paper in mundane ink. It would be a mistake to think that they weren't also dangerous just because reading them didn't make fireworks go off in the sky. Reading them sometimes did the more dangerous trick of making fireworks go off in the privacy of the reader's brain.
~ Terry Pratchett in Soul Music

Are you familiar with bookplates? They are pasted in the front of books to show who owns them, which is handy if you are loaning them out. According to my children, the fine art of book loaning is alive and well. My oldest child and her friends had a complicated system of passing around the Twilight books when they came out, and last spring my sixth grader loaned out one of his books seven times! By the time I got to read it, it was pretty battered and worn. Well-loved, you might say.

We haven't used bookplates yet, but seeing these made me interested. It's fun to imagine what your custom bookplate might look like. I've seen lots of cool quotes on them, too -- what might yours say?

The University of Louisville has a great collection of bookplates by designer Ainslie Hewett (1880-1963). 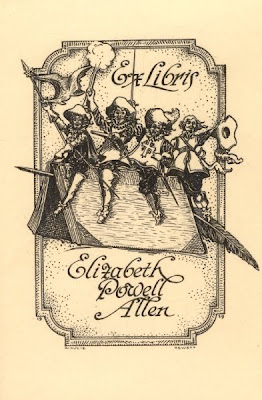 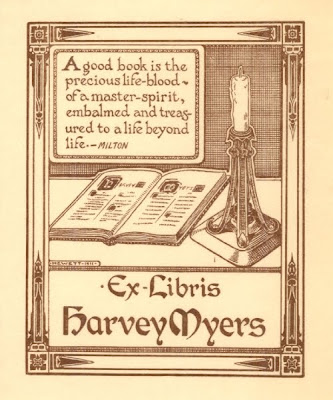 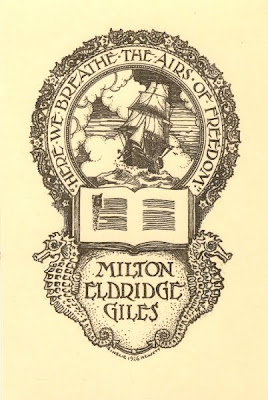 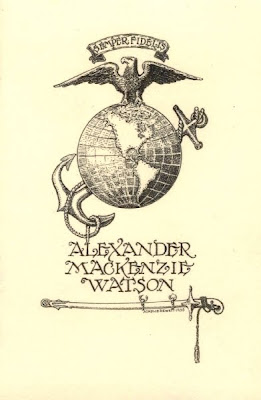 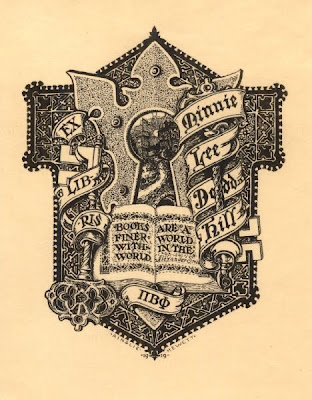 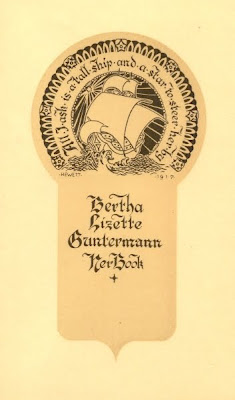 Do you know why they are called "Ex Libris"? It's Latin for "From the Library of..."