It was all kind of fuzzy, as if his mind was doing its thinking in limericks.
~Sorin Suciu

Hi folks! When I referenced working on National Poetry Month stuff a while back, I fear I got some hopes up that I was working on a big project. Actually, I was working on various things for my daughter's high school (Poetry in the Halls, poem videos in the morning) and also poems to go with a local art exhibit.

Next month, I may share songs with particularly poetic lyrics (feel free to send me suggestions). This month, I'm writing form poems for kids. First up, an acrostic and a limerick. I wish I could whip up an illustration to go with the limerick! 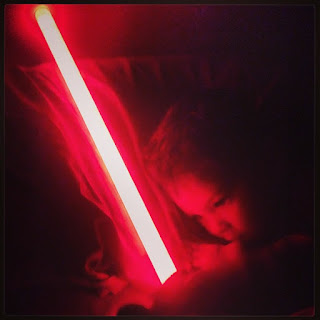 
In a galaxy far far away,
kids play calamitous games of croquet --
when they hit the balls,
the balls split and fall --
light saber mallets are no way to play! 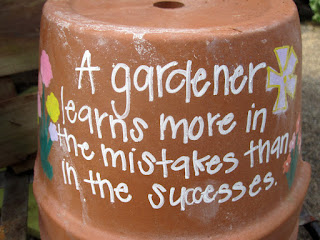 Some
Mistakes
Are
Remarkably
Transformative

I was thinking about this kind of mistake when I wrote SMART. Yes, I am all about mistakes, as you know. More about that later.

Live Your Poem has the Poetry Friday round-up. Thanks, Irene!

I like the idea of light saber croquet too. Enjoy all your poetry-related activities this month. :)

I love your SMART poem, it absolutely sounds like something I'd put up in my classroom to remind my students of the transformative power of making mistakes!

Ha! Your SMART poem sure does speak to me! Thanks, Tabatha... I love the sense of fun with the light saber croquet, too. xo

I think your SMART poem should be made into a poster and hung in every classroom! Great message!

Exciting to hear about the work in your daughter's high school. That would be a lot of fun! There's a lot written about the value of failure these days, so I love your SMART poem. My daughter's work at the Contemporary Art Museum includes fostering a teen group that is quite wonderful. They hold exhibits and work with artists, etc. and call the group Failure Lab. Thought you'd like to hear that, & suspect you understand why.

SMART lady! :) These sound like fun projects to be involved with. Inspiring, too!

Light Saber croquet sounds like fun! Enjoy spreading much poetry goodness all around!

Goodonya for bringing NPM to the high school, Tabatha! Surprisingly, try as I might, I have not been able to penetrate the invisible walls where I live. Maybe it's my approach? Who knows, but the teachers here don't seem to want my help with anything. Fortunately, I have more than enough to occupy my time. ;) Thanks for the light saber giggle, but I especially love your "smart" poem!

What fun poems, Tabatha. I'm sure the kids are becoming eager poetry converts! I also enjoyed your link of fortuitous "mistakes." Wow! It pays to be, mostly, observant.

A fun challenge for yourself, and I love the lesson in your acrostic - so simple, so true!

Love SMART, and it's so true. I was just at a Jo Boaler "Math Mindsets" workshop, and she showed us amazing info about what happens to our brain when we make a mistake. Amazing growth! :-)

All your work in the high school sounds like the best Poetry Month project of all!!

Oh my, Tabatha, both of these poems are fabulous, though the playing croquet with a light saber is hilarious (and challenging!). Swoon! =)