Happiness is a ball after which we run wherever it rolls, and we push it with our feet when it stops.
~ Johann Wolfgang von Goethe

"Temari balls are an folk art form that originated in China and were introduced to Japan five or six hundred years ago. The balls were originally made by mothers and grandmothers for the children to play with (they were used in kickball and handball games similar to the hackeysack games played around the world today). Historically they were constructed from the remnants of old kimonos. Pieces of silk fabric would be wadded up to form a ball, then the wad wrapped with strips of fabric. The silk threads would have been removed and saved and, used to first wind around the ball, then to stitch the ball firmly together (it is said that the balls were wrapped and stitched so tightly that they actually did bounce). As time moved on traditional Temari balls became an art, with the functional stitching more and more decorative and detailed, until the balls displayed very intricate embroidery."

Adding a splash of geometry and sports to our Art Thursday with Temari balls by Judy Tepley of Star Hand Arts. Thank you, Judy, for allowing me to share your work! 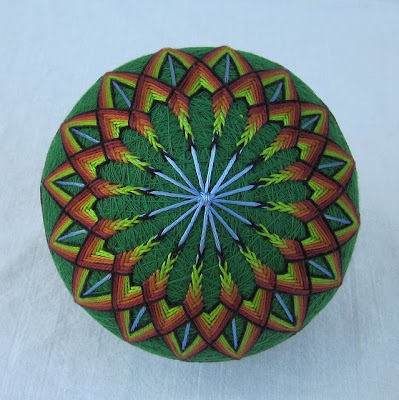 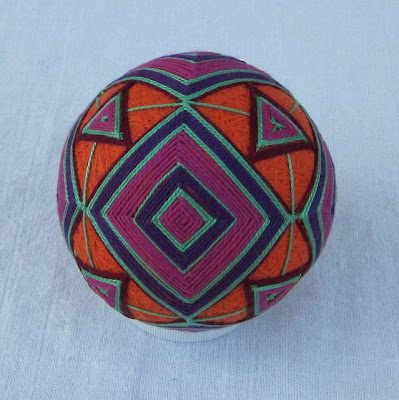 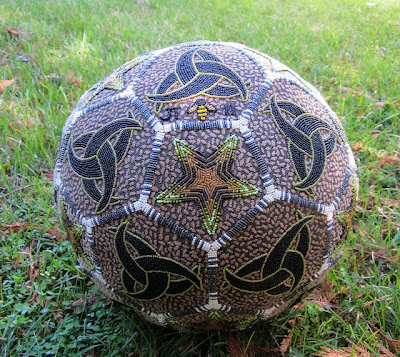 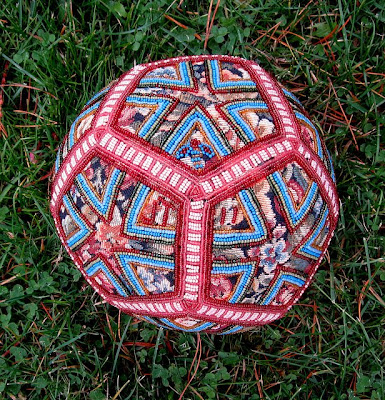 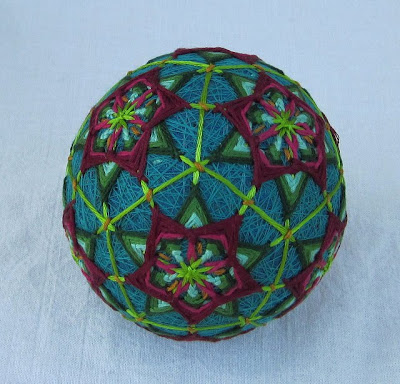 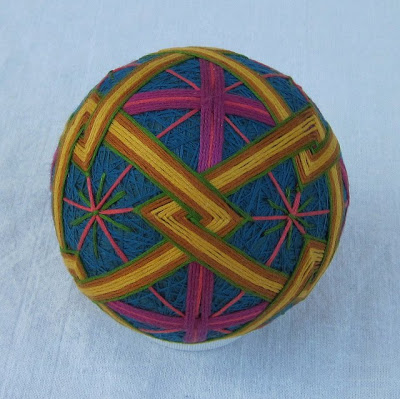 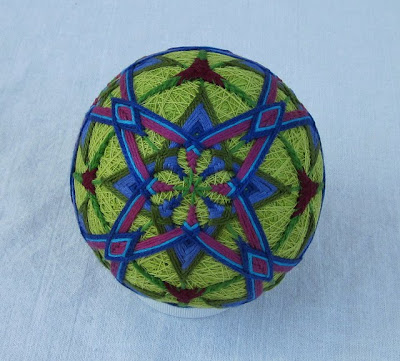 Links:
* Books about Temari
* A How-to from Craft

Thank you for sharing this art. One year when my class was doing all kinds of multi-cultural art, we studied these, Tabatha, & while we didn't make the balls, the students did do designs on paper. They are beautiful and amazing designs, aren't they?


These are beautiful works of art, Tabatha.

And thanks for the information on Temari balls; had never heard of them before.