Spending some time with the work of Maryland artist Shanthi Chandrasekar today. As you can see, Shanthi's art is significantly influenced by her Indian heritage.

"Pillaiyar, the elephant-headed god from the Indian mythology, is associated with new beginnings. To me, he represents an intriguing study in contrasts, with his enormous elephant head and relatively minute human body. Almost always, when I start working in a new medium, I begin with the Pillaiyar, a form familiar and yet fascinating to me." ~ Shanthi 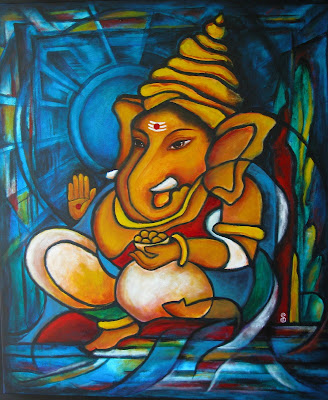 "I had a special dream a few years ago. It was the happiest dream I had ever dreamt. I woke up with a sense of joy and a memory of red dots arranged on a whitish background. I also remembered the words “All the possibilities!” But that was all I remembered. I could not recollect what the dream was about or what all those exciting possibilities were. So, I started this series as a visual journal to record my dreams with the hope of recovering those lost memories." 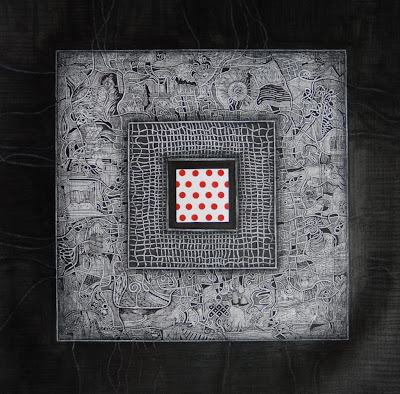 "Indian women often begin their day and sometimes also end it by drawing kolams on the ground just outside the front door. These repeating patterns, a type of Tantric Art, have been passed down from generation to generation for centuries, and symbolize the scientific and philosophical patterns innate to and infinite throughout the cosmos. Like Native American sand paintings or Buddhist mandalas, the kolams are part of the cycle of creation and destruction." 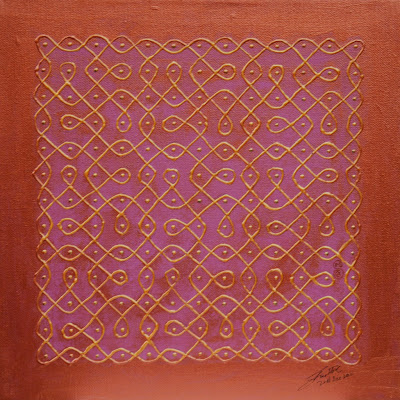 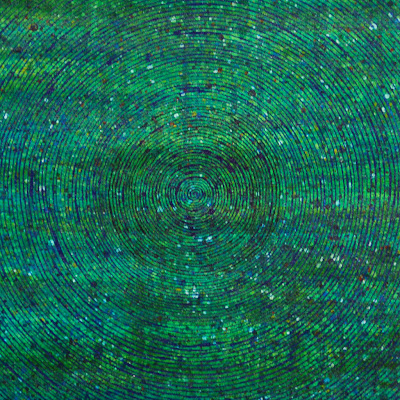 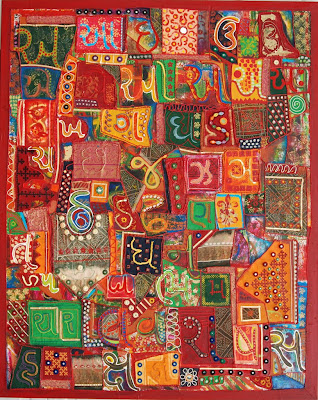 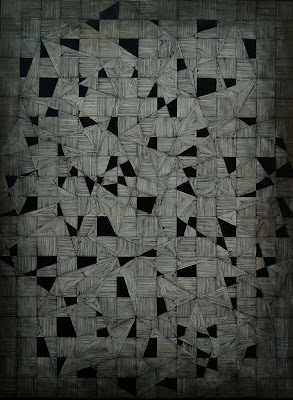 Posted with permission of the artist.

I enjoyed her explanations and thoughts about some of the pieces, too.

These are wonderful - I particularly love the effort to recapture in art a fleeting dream.

Oh, the designs are amazing, Tabatha. I love the idea, like sand paintings, that the women draw the designs each morning, kind of a meditation, do you think? My favorite is Gujarathi. Those bright colors are wonderful. Thank you for sharing these. I didn't know of any of it.