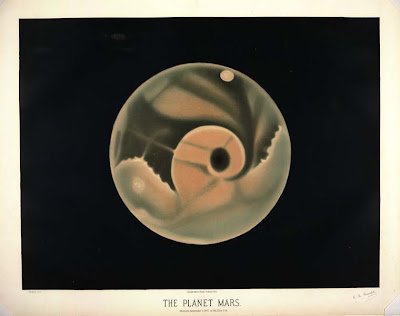 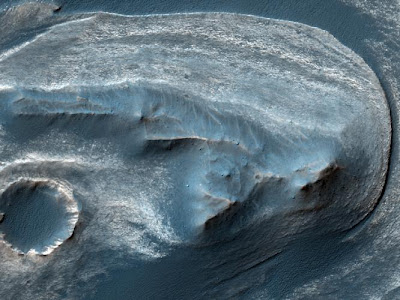 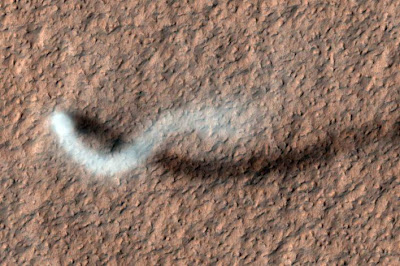 An Avalanche on Mars
Credit: HiRISE, MRO, LPL (U. Arizona), NASA
A thaw occurs each spring in the Northern Hemisphere of Mars, as the warming climate causes solid carbon dioxide ice to sublimate directly to vapor. 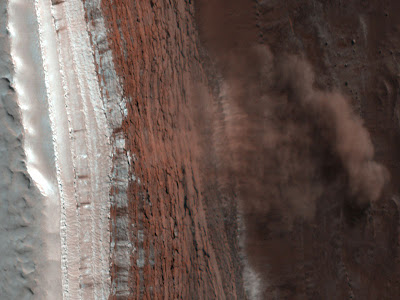 A vertical shaft that cuts through lava flow on the flank of the Arsia Mons volcano.
Image Credit: NASA/JPL-Caltech/University of Arizona 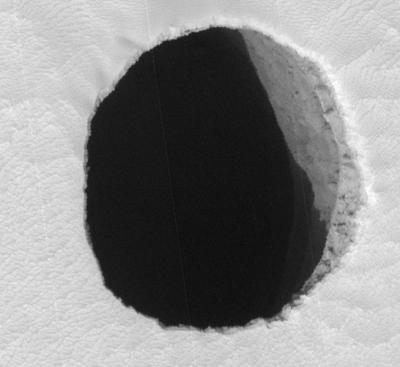 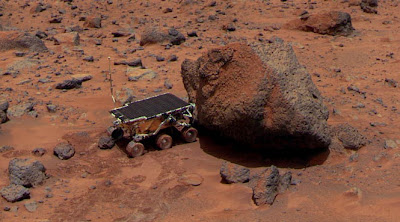 Signs of Water on Mars
A geological region of the rock outcrop at Meridiani Planum, Mars dubbed "El Capitan." The area in this image is 1.5 centimeters (0.6 inches) across.
Image Credit: NASA/JPL/US Geological Survey 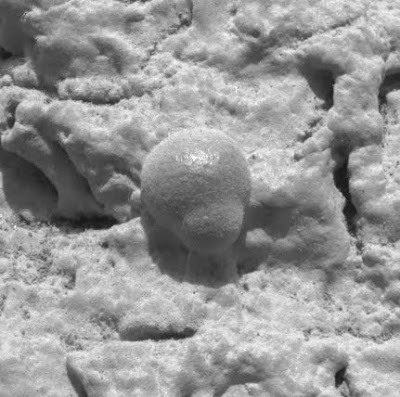 Did you realize that Tuesday and March were both named for Mars? NASA has a lot of interesting Mars info:

Thanks for these, Tabatha. Each one is inspiring. Don't you know that those working on the rover project are so excited. I love that dust devil one-wow.

The data collected by the previous probes and machines is fascinating. the new photos are even more breath-taking.

Really have to strain to wrap my head around the fact that these shots are from MARS. They are excellent.

The dust devil one is fascinating, but my favorite has to be the 1877 one. I'd seen it before and thought that it really looked science-fiction-y...and amazing, and it still does!