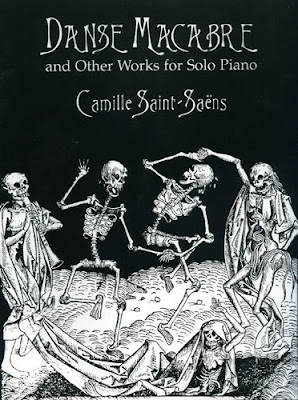 Some Halloween-y music today by Camille Saint-Saëns. His Danse Macabre was inspired by Henri Cazalis' poem, which was based on a legend that says at midnight on Halloween, Death starts playing his violin and the dead (skeletons) dance for him until morning.


"Danse Macabre" plays and artworks in general evolved during late-medieval plague years to show that death (and judgment) reaches us all, and even the wealthy are not immune. 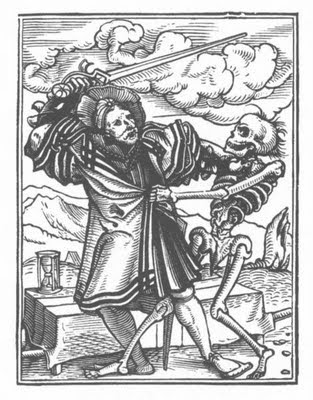 An album cover...I wish we could see our violinist a little better: 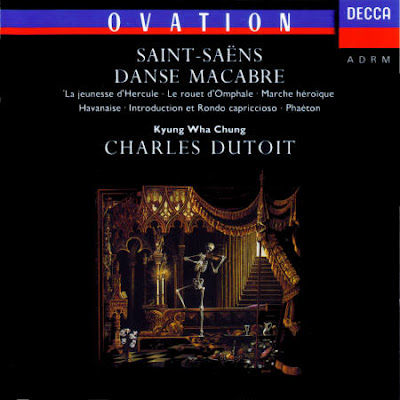 * Free Danse Macabre scores at the International Music Score Library Project.
* Images and poems
Posted by Tabatha at 1:58 AM

Wonderful album cover. Love the way the "violinist" has his foot on the railing.