All the heart was full of feeling: love had ripened into speech,
Like the sap that turns to nectar, in the velvet of the peach.
~William Wallace Harney

Velvets from the Cleveland Museum of Art for Art Thursday. 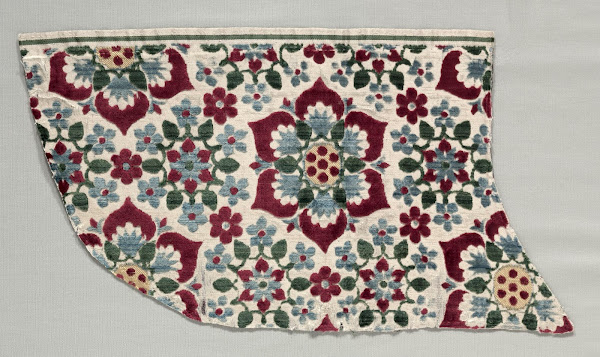 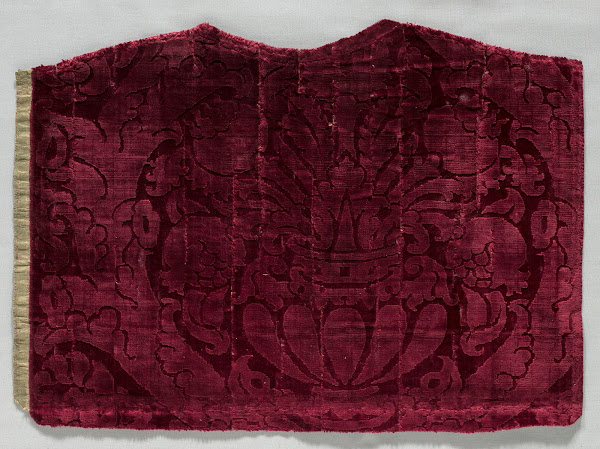 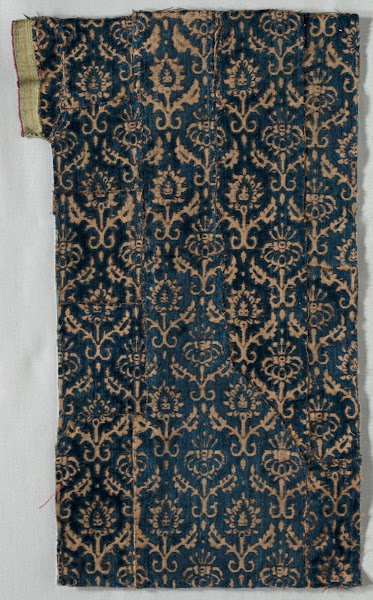 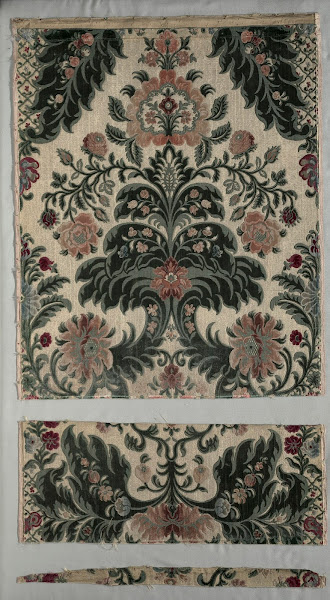 Brocaded velvet cover with sunbursts
The sunburst’s dynamic rays terminate in small tulips bearing hyacinths that alternate with peacock feathers. Quantities of luxury textiles were made for the Ottoman sultans, who were the largest consumers of textiles in the Western world by the mid-1500s and early 1600s. 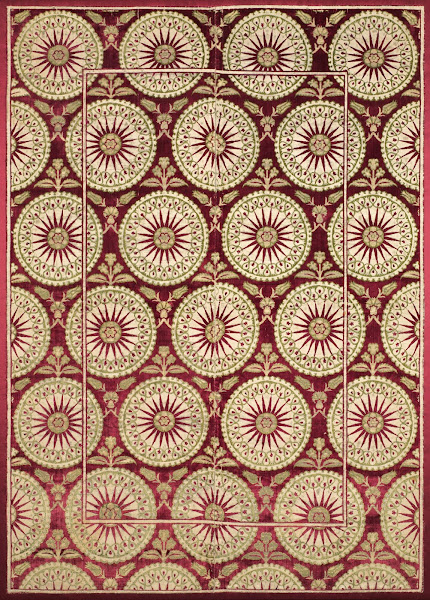 Brocaded velvet with falconer and attendant in animated lattice, from a robe, Iran, 1525 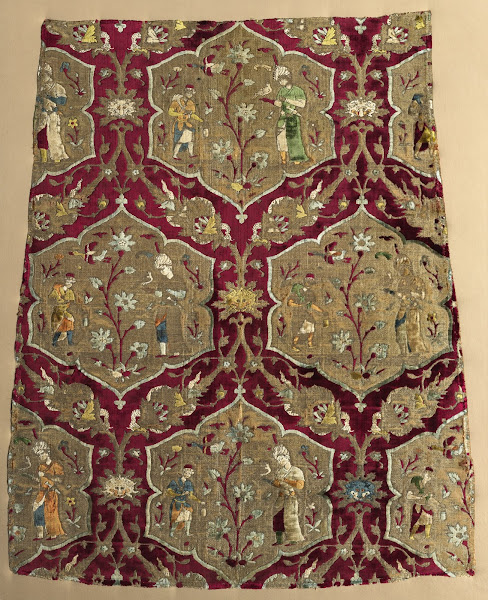 There's nothing quite like velvet for tactile pleasure...and these are beautiful to look at, too. Especially liked Fragments of Velvet.