If anyone boos you offstage, that is simply applause from ghosts.
~Sharon Needles

Feeling in the Halloween spirit so we have ghosts for Art Thursday. 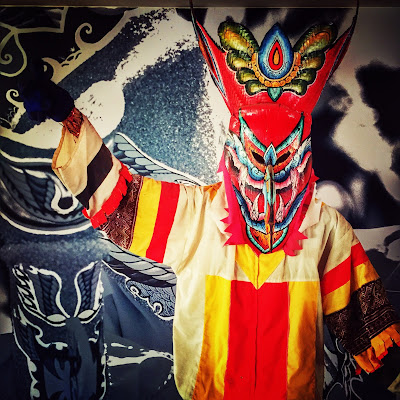 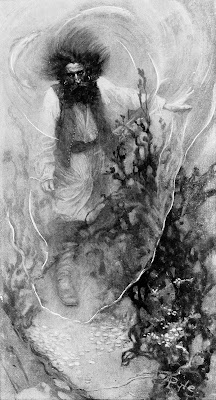 The Apparition
by Henri-Jean Guillaume Martin 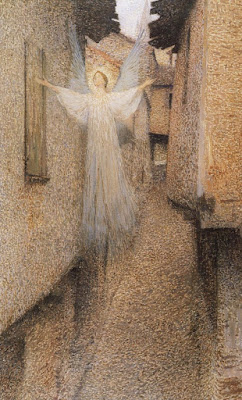 Premonition
by Henryk Weyssenhoff, probably from 1893 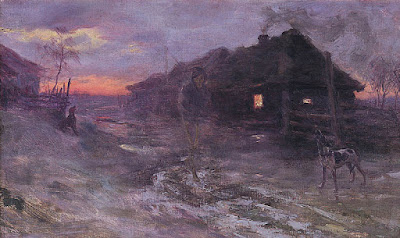 Ivan the Terrible and the souls of his victums
by M.P.Klodt 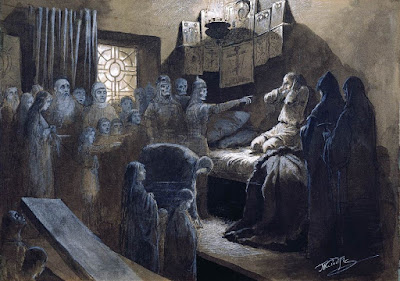 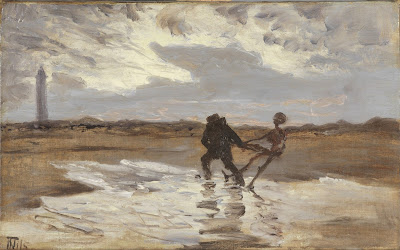 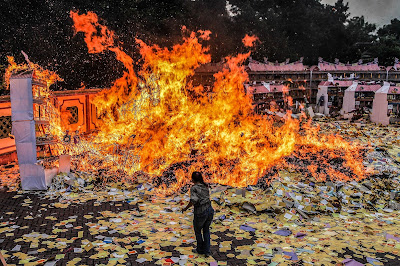 Great Halloween theme, Tabatha. Scary images all. The Howard Pyle image really reminds me of the Pirates of the Caribbean movies.

I looked at the images first in large scale (before looking at the titles) and thought that the Hungry Ghost Festival was a drawing, not a photograph. It seemed really eerie.