You are afraid of me, because I talk like a sphinx.
~Charlotte Brontë

On a recent visit to Hillwood in D.C., I was taken with the sphinxes. Hillwood has two terracotta sphinxes that were made in the 1700s: one representing Marie Antoinette, the other Marie Therese, Princess de Lamballe.

A sphinx is a mythical creature with the head of a human and body of a lion. They are guardians, and may be benevolent or not. In Greek tradition, they ask riddles...and you'd better get the answer right! 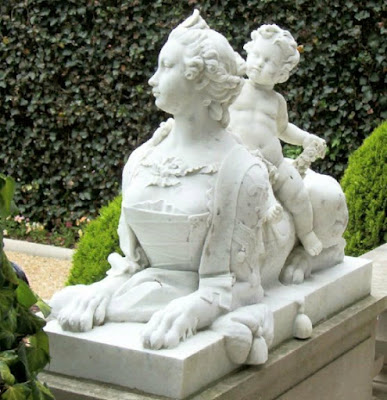 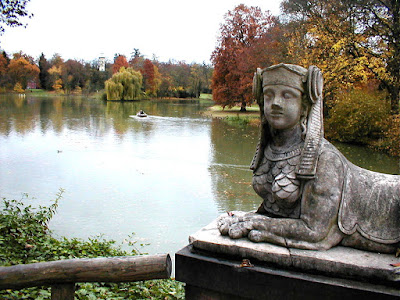 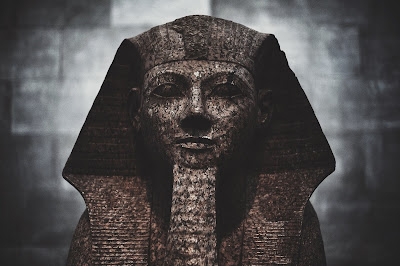 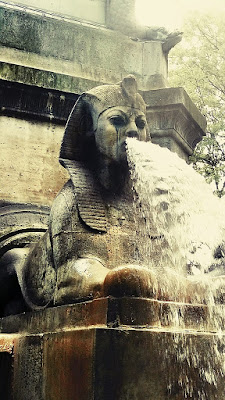 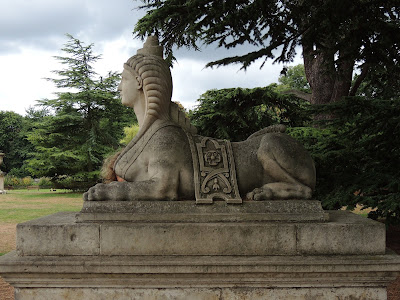 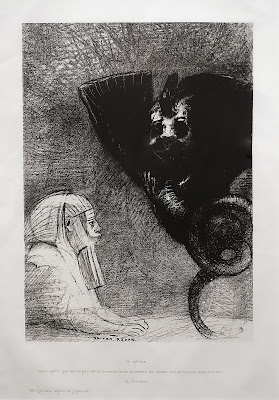 Cool subject today, Tabatha. I've always found the sphinx to be one of the most peculiar creatures people have "invented."

When I was looking over the images, two things popped into my mind:

1) What kind of riddle would Marie Antoinette ask?