All dwarfs have beards and wear up to twelve layers of clothing.
~Terry Pratchett

Public art from Poland today. Here's a bit of background from the BBC:

The Cheeky Gnomes Taking Over by Eliot Stein (excerpt):

Twee as they may be, each statue is actually a nod to the Orange Alternative, an anti-Soviet resistance movement born in Wrocław that used dwarves as its symbol and helped topple Poland’s oppressive communist regime in the 1980s.

Armed with spray cans and led by an artist at the University of Wrocław named Waldemar ‘Major’ Fydrych, the group peacefully protested the government’s censorship of free speech and public gatherings during the period of martial law from 1981 to 1983 by defacing communist propaganda with surrealist-inspired street art – specifically, paintings of mischievous little gnomes.

“It was a terrible, dangerous time. You couldn’t go out on the streets at night and there were tanks and soldiers in the main square,” said Arkadiusz Förster, a journalist for Poland’s national Gazeta Wyborcza newspaper. “The dwarves gave us something to laugh at, and that was the whole idea: to show how absurd the situation was and encourage people not to be afraid.” 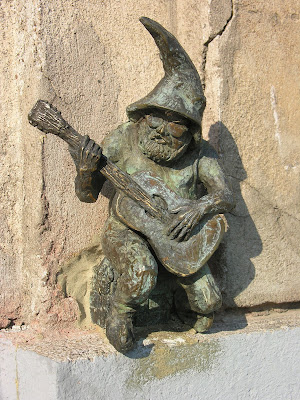 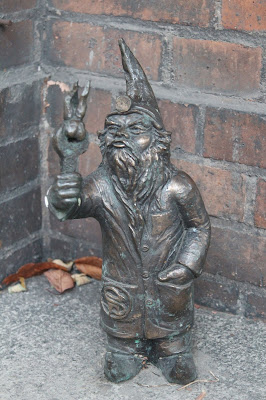 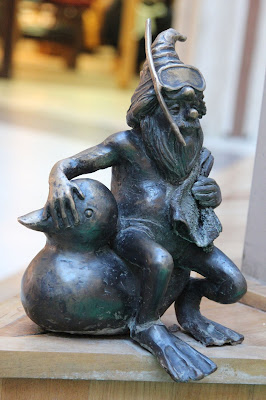 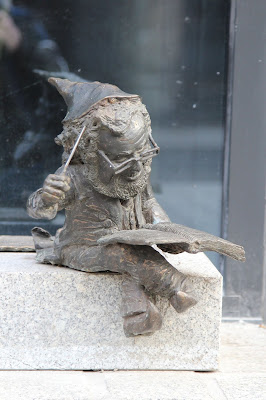 How cool is this? Fascinating art (particularly liked the one scratching his head with a baton) and historical information about it.

(I thought the idea of "gnome graffiti" during that nasty time was brilliant.)