If you hit a wrong note, then make it right by what you play afterwards…
~Joe Pass

Sometimes when I am at a classical music concert, I will look at the double basses and wonder which color I would pick if I played. I never can decide. What is your favorite? 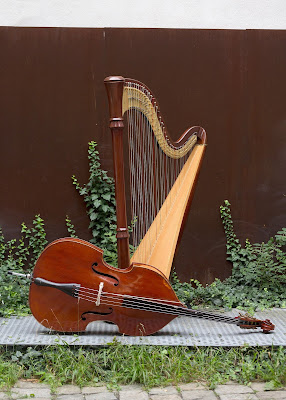 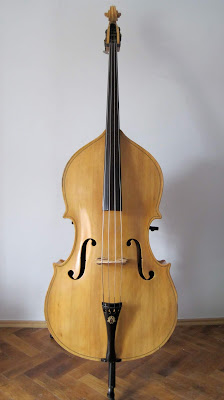 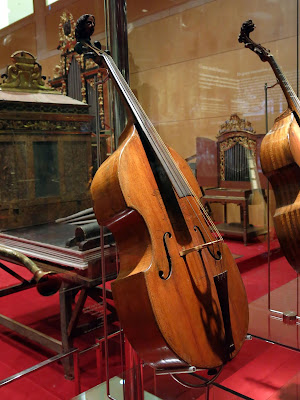 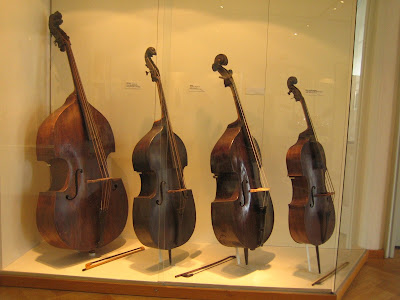 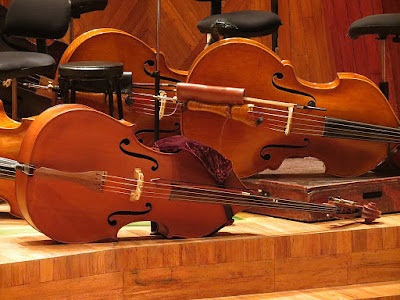 Flea: The most incredible thing about the upright bass—the few times I’ve played one—is the way you can feel the whole thing vibrate when you have it up against your body. It’s like your body is resonating with the instrument. It’s a very fulfilling feeling.

Charlie Haden: It is! That’s why I stand so close to the instrument when I play. I put my head next to it. One night in 1959 I was playing at the Five Spot with Ornette, Don Cherry, and Billy Higgins, and I always play with my eyes closed—but I opened my eyes, and there was some guy onstage with his ear next to my ƒ-hole. And I was like, “Who is this guy?” And Ornette was like, “That’s Leonard Bernstein!” And I was like, “Okay . . . .”

They're all beautiful (except for the black and red one, maybe), but I like the blonde one the most.

The quotations were really interesting...especially the one about Leonard Bernstein.