If one perceives of it all – the entire War or even life as a whole – as a scene in the theater of 'infinity', many things are much easier to bear.
~Max Beckmann, 1884–1950

I enjoyed spending a little time at the St Louis Art Museum (SLAM) this week. While obviously I do like looking at art online, there is something special about being in the same room with a compelling painting. SLAM has "Stairway at Auvers" by Van Gogh, which fairly vibrates in person (link below).

I thought Max Beckmann's work was fascinating. His "Titanic" reminded me of refugees. There's a certain desperation that both groups have in common. I'm including another painting from SLAM below, and a bunch of links to other favorites that I saw there. 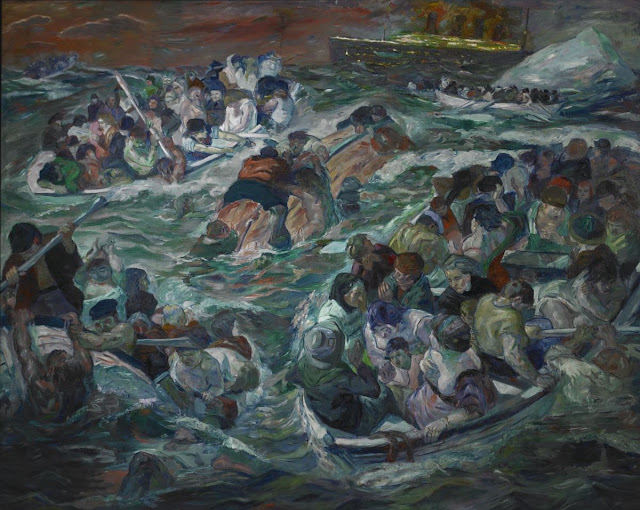 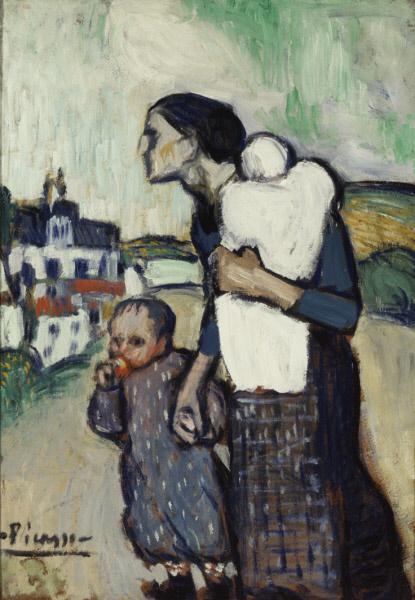 Interior with Young Woman Tracing a Flower by Louise-Adéone Drölling

Sadak in Search of the Waters of Oblivion by John Martin

Singer with a White Plume by Georges Rouault

So glad you had a chance to visit the St. Louis Art Museum. They certainly seem to have some excellent works there.

I like all the paintings you show (and link to) in this post, but I must admit that Max Beckmann's Titanic is about as powerful a piece as I've seen. I've seen portrayals of the aftermath of the sinking before, but this one really captures the chaos and desperation that must have ensued.

I will definitely need to come back and check out those links. Right now their site is "updating under maintenance". Oh, the anticipation! ;-)

Yes, it's so wonderful to see works of art "in person." I got to go to the Art Institute of Chicago this summer, and I've thought about it every day since.