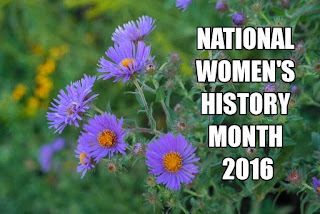 I first heard about double dactyls (also called Higgledy Piggledies, at least by me) from Julie Larios. They are complicated little buggers. The Poetry Foundation says: "The double dactyl consists of two quatrains, each with three double-dactyl lines followed by a shorter dactyl-spondee pair. The two spondees rhyme. Additionally, the first line must be a nonsense phrase, the second line a proper or place name, and one other line, usually the sixth, a single double-dactylic word that has never been used before in any other double dactyl." I didn't do the last rule ("never been used before in any other double dactyl" -- are you kidding me?).

My double dactyl today is about Marguerite Gardiner, Countess of Blessington (aka Marguerite Blessington). Marguerite was pretty much a character. A writer and literary salon host, she lived with her step-daughter's ex-husband and spent her funds so swiftly that she was always in debt. She sold gossip-laden stories about her contemporaries, who included Lord Byron. (Thank you, Katherine, for being an amazing reader!) 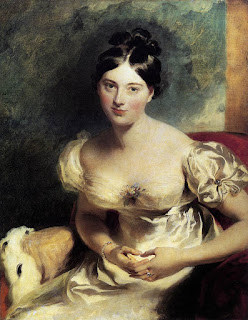 Marnedy-blarnedy
Marguerite Blessington --
Beauty who stunned with her
wit and her flair,

Diane Mayr is a good sport, and she did it with me:

"Down by the Riverside"
She played with great gusto.
Electrification's
Her middle name.

And talk about good sports! Lew Turco gave me permission to share "Emily":

Higgledy-piggledy
Emily Dickinson
Lived in her bedroom and
Seldom came down.

Into the parlor where
Hyperhermetical
Emily kept herself
Far from renown.

Linda has the Poetry Friday round-up at TeacherDance. Thanks, Linda!

I love double dactyls, and these three rock! Thanks for the clever fun, and the juicy historical backstory on our Ms. Countess Blessington.

Excellent! They are tricky buggers, aren't they? But so much fun to read and immensely satisfying once you've written one. I've written three so far, and already consider myself an addict.

Oh my, now I want to write one, too. I think I might have when I wrote with Renee. These are wonderful, Tabatha. Thanks for sharing the 'how-to' also.

These are such fun -- quite a challenge to write so I applaud all three of you. Also good to learn about Marguerite. :)

Well, you are brave to take this form on...but each poem was such fun to read! Also,Marguerite Blessington sounds like great fun.

I've attempted, on occasion, to write one of thee, and they've never panned out...they're much harder than they seem, so congrats on your accomplishments, ladies!

"The double dactyl consists of two quatrains, each with three double-dactyl lines followed by a shorter dactyl-spondee pair. The two spondees rhyme." Say what? Gobbledygook. When I first read that, as Tabatha can attest, it gave me a headache. I'm glad, however, that I was able to get beyond the 50-cent words and persisted until I figured out what was necessary. It was fun to write when all is said and done. Thanks, Tabatha, for inadvertently challenging me!

Well, if it starts as a headache, it certainly doesn't end there! These are a lot of fun. Thanks Tabatha and Diane!

Well done! It makes my head spin to imagine writing one of these poems, but these are terrific. Thanks for sharing!