Once a government is committed to the principle of silencing the voice of opposition, it has only one way to go, and that is down the path of increasingly repressive measures, until it becomes a source of terror to all its citizens and creates a country where everyone lives in fear.
~Harry S. Truman 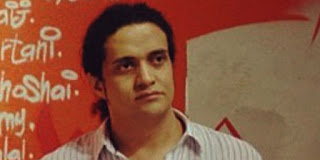 I am concerned about this news:

From English PEN (Freedom to Write, Freedom to Read):

Fayadh was first detained in August 2013 in relation to his collection of poems, Instructions Within. He was released on bail but rearrested in January 2014, accused of ‘atheism and spreading some destructive thoughts into society’, before being sentenced in May 2014. The dismissal of his appeal led to the retrial which concluded earlier this week. Fayadh is reported to be ‘really shocked’ by the sentence, stating, ‘I didn’t do anything that deserves death.’