No man can read Hardy's poems collected but that his own life, and forgotten moments of it, will come back to him, in a flash here and an hour there. Have you a better test of true poetry? ~Ezra Pound 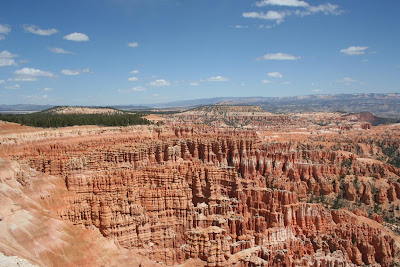 This list of poems inspired by poets and others could be much longer -- I just ran out of time. If you have some to add, please let me know:

"Poem for Mary Shelley" by Joel Allegretti
"Ode to Ogden Nash" by Charles Ghigna
"Thanks, Robert Frost" by David Ray
"Emily Dickinson's To-Do List" by Andrea Carlisle
"In Shakespeare" by James Richardson
"Defending Walt Whitman" by Sherman Alexie
"Browning Decides to Be a Poet" by Jorge Luis Borges
"Emily Dickinson Leaves a Message To the World Now that Her Homestead In Amherst Has An Answering Machine" by X. J. Kennedy
"Whitman" by Alfred Kreymborg and "To W.C.W. M.D." by Alfred Kreymborg (for William Carlos Williams)

"I imagine myself as Anne Frank" from "Babi Yar" by Shostakovich
"Faith of a Mustard Seed" by Anita Hope Smith (about Anne Frank)
"Rachel Carson, Reborn at Sea" by Laura Purdie Salas
"Harriet Beecher Stowe" by Paul Laurence Dunbar

"Frida Kahlo to Marty McConnell" by Marty McConnell
"Monet Refuses the Operation" By Lisel Mueller
"Spring Pointillists" by Joanne Lowery
"On Hearing a Symphony of Beethoven" by Edna St. Vincent Millay
"Mingus at the Showplace" by William Matthews

Tara has the Poetry Friday round-up at A Teaching Life.

What a great roundup, Tabatha! Thank you. I look forward to exploring. I love when poets respond to other poets' work... it's communion and conversation and something else too. xo

Tabitha, I was thinking, just yesterday, about how it's been a while since I've revisited some of my favorite classics. Thanks for the great list! Can't wait to explore. Dickinson and Frost have always been two of my favorites.

Hi, Tabatha. Thanks for all of these wonderful poems. I remember being wowed by "Emily Dickinson's To Do List" when it first appeared online. I also loved "Spring Pointillists."

Tabatha, you are such a gem for collecting all these. I will be sure to bookmark this post, as I would love to visit all those links again and again. As you know I also shared Frida Kahlo's letter to Marty McConnell, which I personally feel to be one of my greatest poetry finds this year. :) So powerful.

What a cool idea for a roundup list! Thanks for compiling and sharing. Will have to bookmark it!

Wonderful to have all these Tabatha. I shared Emily Dickinson's To Do LIst often when I taught, would have loved some of these. There is a book that is a little different tribute, but I love the idea that the entire verse story is a tribute especially to Walter Dean Myers, by Sharon Creech. It's titled Love That Dog, and there is also a second one, Love That Cat. For younger children-beautiful stories! Thanks for the terrific research!

I will bookmark this. I will want to return to it and take my time exploring.

what a fabulous list! Can't wait to explore it!

Hi Tabatha! Awesome list. I can see it's going to keep me busy for a long time! Have a great long weekend.

Thanks for a fabulous list! I'll come back to nibble at it later!

Thanks so much for sharing this great list, Tabatha!