I paint German artists whom I admire. I paint their pictures, their work as painters, and their portraits too. But oddly enough, each of these portraits ends up as a picture of a woman with blonde hair. I myself have never been able to work out why this happens.
~Georg Baselitz

I love an intriguing self-portrait and have posted a number of them before, such as these by Rembrandt and these by Gentileschi, Lempicka, and Vigee-Le Brun. There are four hundred years separating the first and last of today's self-portraits.

(On a personal note -- Blogger has been giving me fits re: image sizes. I almost didn't post today because I was frustrated. I hope to get it figured out before long.)

Self-portrait with Dr Arrieta
by Francisco Goya
“Goya, in gratitude to his friend Arrieta: for the compassion and care with which he saved his life during the acute and dangerous illness he suffered towards the end of the year 1819 in his seventy-third year." 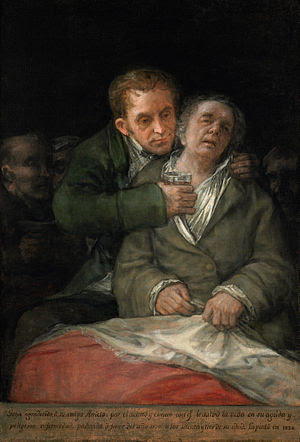 The Honeysuckle Bower
by Peter Paul Rubens
This self-portrait is of Rubens and his wife Isabella Brant, circa 1609. The honeysuckle and garden are both traditional symbols of love, and the holding of right hands represents union through marriage. Isabella died of the plague in 1626. She was 34. (A bit more trivia: In 1977, Isabella appeared on an Anguilla postage stamp.) 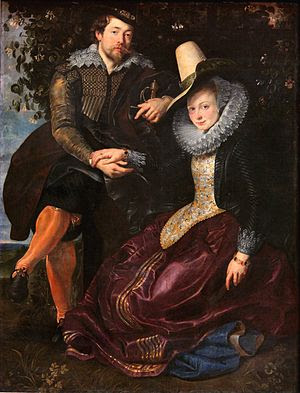 Judith with the Head of Holofernes
by Cristofano Allori, 1613. According to his biographer, the heads were those of the painter, his ex-lover, and her mother. 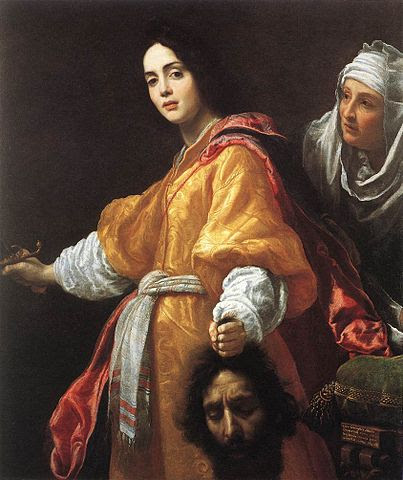 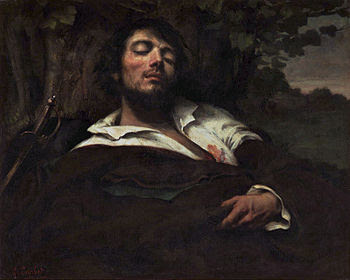 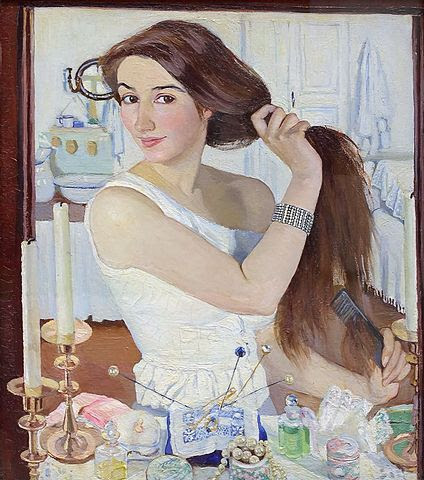 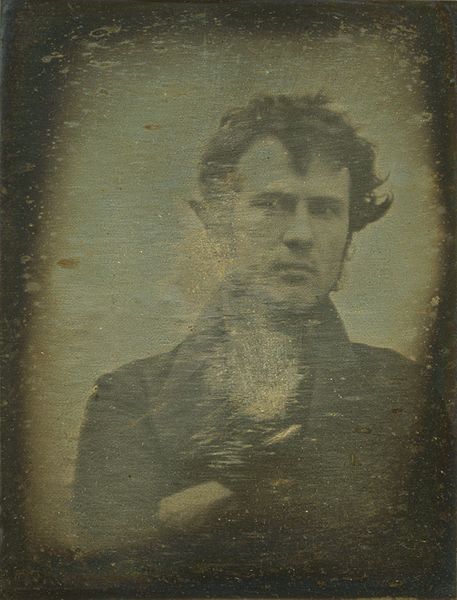 Breakfast with Myself
Daniel Carlborn 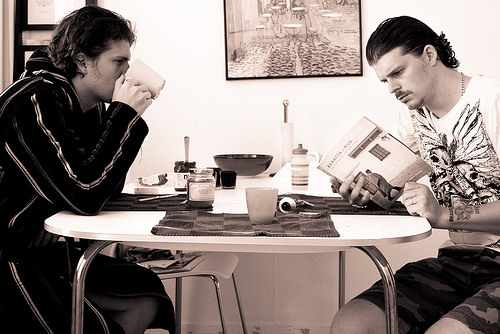 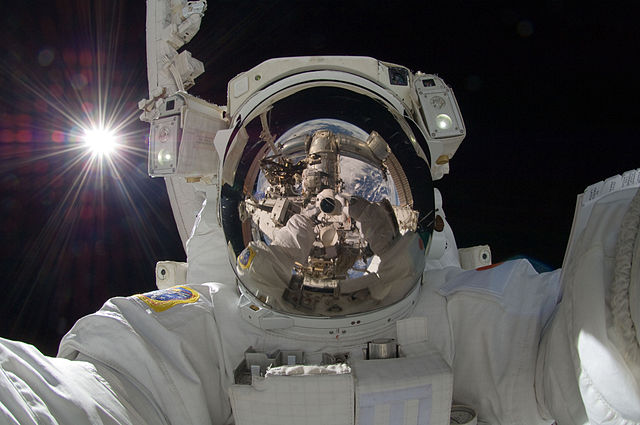 Self-portraits are so fascinating, aren't they? You've got some real goodies here. Sorry to hear about your image size frustrations-- I'm glad you were able to persevere!

I find self-portraits very interesting...especially if they include a little "story" behind them (like the Rubens one) or a big story (like the Allori one, which could be fodder for a psychology thesis!).

Your photos look fine-sorry for the frustration. Sometimes I delete a whole post and just start over-argh! These are interesting, to see how artists approach themselves. The Rubens just makes me sad, to lose her so young. And the Allori. It's quite beautiful, and I wonder if she's pregnant? Thanks for all Tabatha!