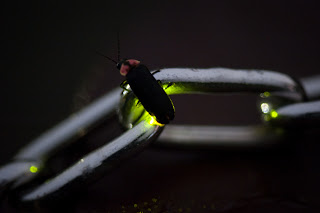 A Firefly by Yoshifumi Harada

Today for Art Thursday: the humble lightning bug, also known as the firefly. 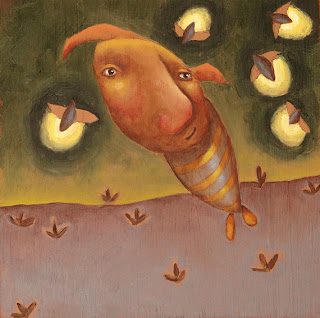 Fireflies and Moonlight, Great Smoky Mountain National Park, Tennessee
Photo by Frank Kehren
The green light trails are created by regular fireflies during this two minute exposure. The yellow dots on the left are created by a synchronous firefly - they blink five times and then pause. During two weeks in June, large clusters of these fireflies will synchronize and blink and pause at the same time. 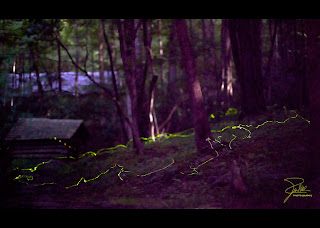 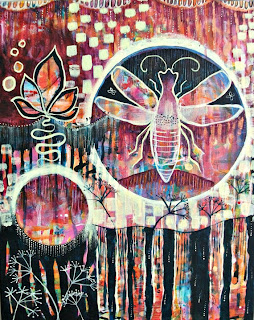 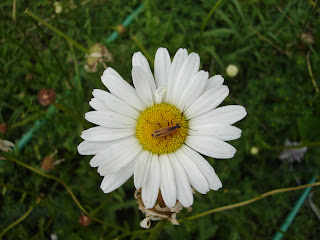 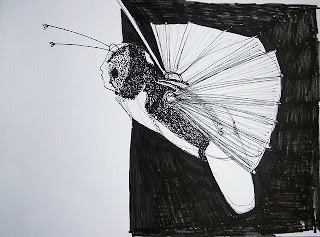 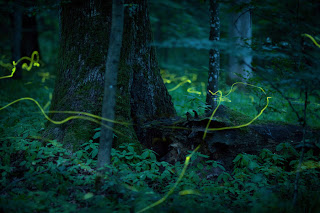 Firefly Moon by Deborah Olliff
The Collection by Cricket Press

My mother and I sat out each evening on her back porch and waited to see the lightning bugs come up out of the grass-magical! We don't have them in Colorado & I think all the kids her miss so much without them. I love your post, Tabatha. I just reviewed a book last week, World Rat Day by J. Patrick Lewis, & one of the 'days' was about fireflies. He called them "electrified confetti".

What a delightful post! I really enjoyed the time lapse photos, too. Thank you. :-)

Nothing says summer like "Blinkies" (I love that name).

I have fond memories of catching them and putting them in a jar (with holes in the top, of course) and watching them play. Then I'd let them loose and they'd stay close for just a little while, like they were saying goodbye.

Tabatha,
I'm so excited to have discovered your blog.

Would you be at all interested in writing a guest post on my blog about lightning bugs?

My blog, Raised On Love, is a mixture of childhood memories, art, photos, and random posts about my life.
One of the "themes" is lightning bugs. They represent so many different things to me and are always a large part of my summer memories. I grew up in the Blue Ridge Moutains, and lightning bugs were much more plentiful then. I miss them.

Please let me know if you'd be interesting in sharing something about lightning bugs.