This clock in Shibuya, Tokyo might have been taken down since the below video was recorded... I can't find information about the clock's current status.

The Mechanical Galleon
An automated clock in the form of a 'nef', or galleon, made by Hans Schlottheim.
photo by Rob Watling 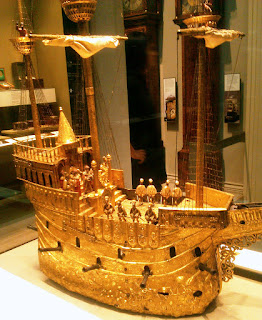 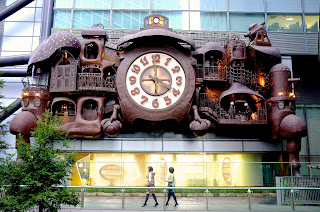 Delacorte Music Clock
photo by Rosa Say
From the official Central Park site: "Near the entrance of the Children's Zoo, the clock was dedicated in 1965 with funding from philanthropist George T. Delacorte. It sits atop a three-tiered tower and features a band of whimsical animals: two bronze monkeys banging hammers against a bell; a penguin on drum; a hippo on violin; a bear and his tambourine; a concertina-playing elephant; a goat with pipes; and a kangaroo on horn. The animals circle the tower to one of 44 tunes that change seasonally." 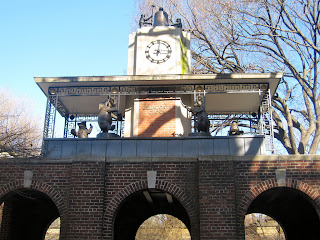 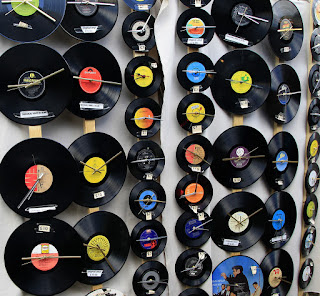 For something a little unusual, "clockpunk" music -- "God is a Watch" by The Melting Clock:

Wow-the music is a little bit dissonant isn't it? I wonder what it would be like to live or work near one of these. I had a colleague a few years ago that created those record clocks from oldies-gave them away according to the appropriate title! Thanks Tabatha!