Musical notation is a system that represents aurally-perceived music through the use of written symbols. The founder of the standard music stave was Guido Monaco a.k.a. Guido d'Arezzo, an Italian Benedictine monk who lived from about 991 until after 1033. 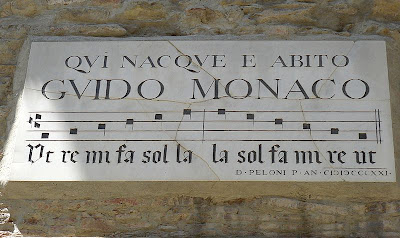 Guido used the first syllable of each line of a hymn to Saint John the Baptist to teach each note in a musical scale: "Ut," "Re," "Mi," "Fa," "Sol" and "La." In the 17th century, "Ut" was changed in most countries to the easily singable "Do," said to have been taken from the name of the Italian theorist Giovanni Battista Doni. (Wikipedia )

Hymnal Leaf, before 1600.
Photo by D Dunlop, from the pattern library of WikiMechanics.org 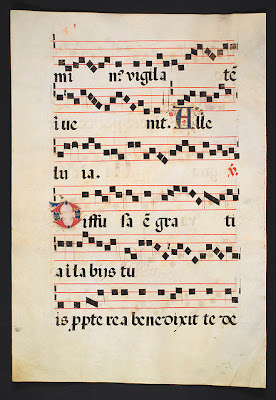 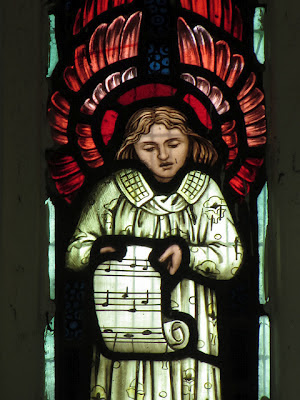 Musical Parking Lot at Schmitt Music, Minneapolis
from a photo by Ben Ostrowsky
the notation is from the piano score for Ravel's Gaspard de la Nuit 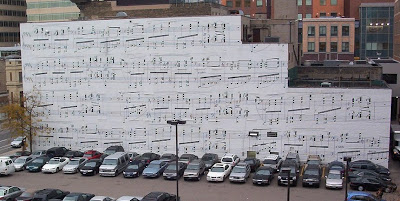 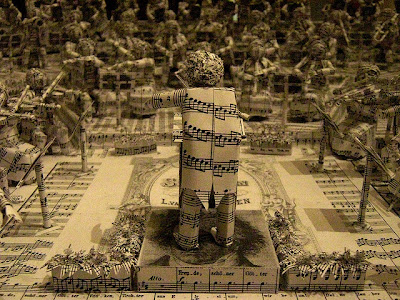 * Basics of reading music (for kids, but I like it, too)
* Another: How to read sheet music
* Children's book: Do Re Mi: If you can read music, thank Guido D'Arrezo by Susan Roth
* MuseScore, free music notation and composition software
* A brief history of notation by Neil Hawes
* History and evolution of the music symbol by Gabriella Scelta
* Some info on the origin of musical notation from About.com's Italian Language
* Dummies.com has a bunch of music theory topics, such as "how musical notes are constructed" and "how to read music note values."
* Alternative music notation systems

Never stopped to think about when notation was invented! Have been staring at it a lot lately with daughter's piano lessons. I can read treble, but never learned bass.

I think a lot of people can only read treble clef.

To me, knowing how to read music really well is a way of being bilingual!