I suppose what made it possible
Was that no one expected more
Than a day of unhurried hours, better
Food, some free time to reread old letters,
Write new ones. Small Christmas trees
With candles lined both sides of the trenches
And marked the two days’ truce.

Who can explain it? – one minute troops
Are sitting in mud, the next raising themselves
Out of the trenches, as if all they needed
Was a soccer ball to remind them
Of who they were.
~ from Robert Cording's Christmas Soccer Game, 1914

For Music Monday, we're looking at the opera that won a Pulitzer last month: Silent Night by composer Kevin Puts and librettist Mark Campbell. The title Silent Night refers to spontaneous, temporary truces that took place during World War I on Christmas Eve, 1914. 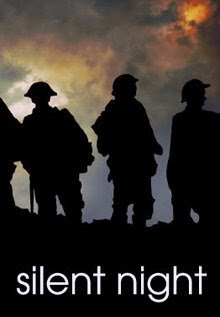 I like that the opera is sung in many languages -- English, German, French, Italian, and Latin. Silent Night was commissioned by the Minnesota Opera, who deserve a round of applause for their patronage. You can listen to the whole opera on Minnesota Public Radio.

Beautiful, Tabatha. Thank you for all this. I had a great uncle in those trenches who spent the rest of his life in a home for those not well. I wish I had asked him about this day, if he was there, and so on. But whenever I see another piece about it, I do send a prayer his way.