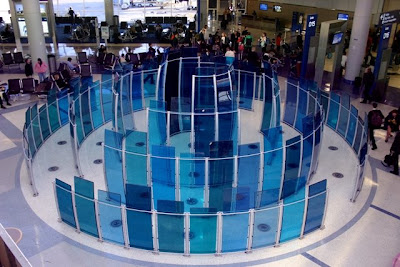 Jazz musician and architect Christopher Janney combines sound and sculpture to make public artworks that anyone can interact with to create music. He calls them Urban Musical Instruments, and they call on the passerby to play. In various ways, depending on the sculpture, they can trigger musical notes or recordings of sounds from nature. Or other sounds -- Parking in Color in Fort Worth even has the sound of Willie Nelson singing.

The building below, which is in Charlotte, NC, will chime when you touch its pink panels. There's a riddle posted, too. If you solve it by touching the panels in the right order, you will be rewarded with a sound and light show. 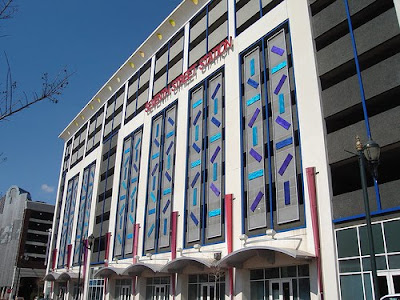 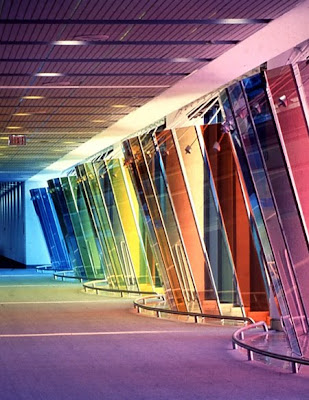 A video about Janney's "Sonic Forest"


An interview with Christopher Janney
by Scott Simon

Janney reminds me of the quote I posted yesterday -- his blossoms of the extraordinary certainly burst through the ordinary (such as a parking garages and airports).

Excellent. Gives me ideas ... Not in the physical art sense. I'm no good at that, but scenery in stories.

That's a great idea -- everything is food for stories.