I love the Astronomy Picture of the Day. Check these out: 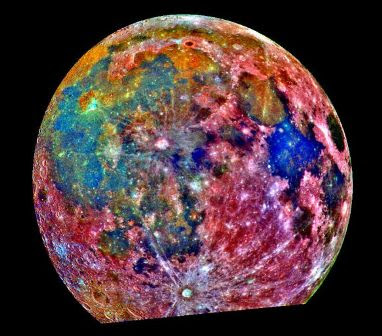 "Explanation: Do you recognize the Earth's Moon when you see it? The crazy, patchwork appearance of the false-color image makes this almost full view of the Moon's familiar near side look very strange. The Sea of Tranquility (Mare Tranquillitatis) is the bright blue area at right, the Ocean of Storms (Oceanus Procellarum) is the extensive blue and orange area on the left, and white lines radiate from the crater Tycho at bottom center. Recorded in 1992 by the Galileo spacecraft enroute to Jupiter, the picture is a mosaic of 15 images taken through three color filters." 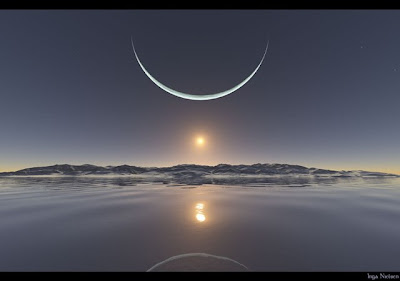 "Explanation: Is this a picture of a sunset from Earth's North Pole? Regardless of urban legends circulating the Internet, the answer is no. The above scene was drawn to be an imaginary celestial place that would be calm and peaceful, and therefore titled Hideaway. The scene could not exist anywhere on the Earth because from the Earth, the Moon and the Sun always have nearly the same angular size." 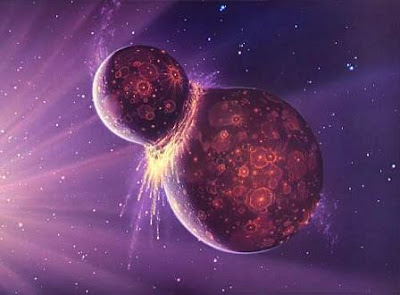 "The basic idea is this: about 4.45 billion years ago, a young planet Earth -- a mere 50 million years old at the time and not the solid object we know today-- experienced the largest impact event of its history. Another planetary body with roughly the mass of Mars had formed nearby with an orbit that placed it on a collision course with Earth. When young Earth and this rogue body collided, the energy involved was 100 million times larger than the much later event believed to have wiped out the dinosaurs. The early giant collision destroyed the rogue body, likely vaporized the upper layers of Earth's mantle, and ejected large amounts of debris into Earth orbit. Our Moon formed from this debris." 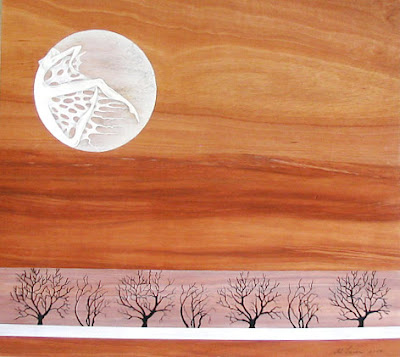