There's a creepy sort of feeling around Art Thursday this week. As though a mysterious stranger in a hooded cloak was somewhere behind us ... coming closer, ever closer ... almost breathing down our necks as we sit here innocently looking at the screen.

Maybe they want to see, too. After all, we're celebrating Poe.

Edgar Allan Poe, the king of creepy, was born 200 years ago on January 19th. His delightfully sinister works have inspired not only stories and poems, but art:

To Edgar Poe: The Eye Balloon (The Eye, Like a Strange Balloon, Mounts Towards Infinity), 1878.
By Odilon Redon 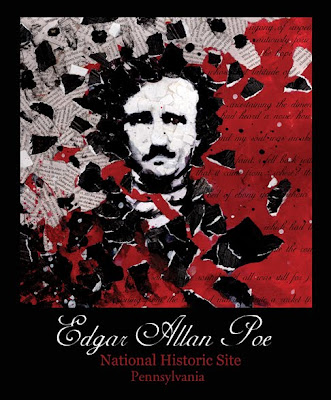 "Open here I flung the shutter."(From The Raven)
By Gustave Dore 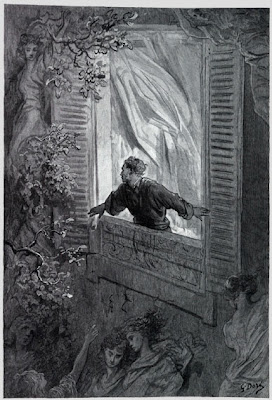 To Edgar Poe, 1894
By Felix Vallotton 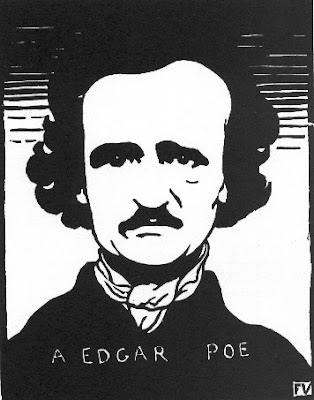 Links:
~PoeStories.com, an exploration of Edgar Allan Poe's short stories, also has a gallery of Poe-inspired art.
~Three neat Poe-related pictures on Omnicomic.
~I would love to get a good look at this -- Gahan Wilson illustrates Edgar Allan Poe's The Raven and other poems.
~Aisling d'Art explains that "art shrines" are a tribute to a person, place, or idea. She's made one for Poe that is available to be printed out, free.
~A fun cartoon of Poe skiing by Mark Summers.