a metal cube the size of a suitcase 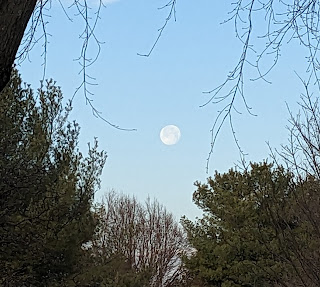 Happy Poetry Friday! I've got poems by David Kirby today. He says, "A lot of my poems are braids I make of found materials; my contribution is to figure out what the different parts have in common and then unite them tonally." By "found materials," he means stories he's picked up along the way.

TAKING IT HOME TO JEROME
by David Kirby

In Baton Rouge, there was a DJ on the soul station who was
always urging his listeners to “take it on home to Jerome.”

No one knew who Jerome was. And nobody cared. So it
didn’t matter. I was, what, ten, twelve? I didn’t have anything

to take home to anyone. Parents and teachers told us that all
we needed to do in this world were three things: be happy,

THE LOCOMOTION
by David Kirby

Student’s so tired she’s weepy. I just got off a double shift,
she says, and I tell her not to worry, that we’ve all had
terrible jobs but things turn out okay, and then I tell her

about my worst job ever, which was building roads
in Claiborne Parish that summer, the sun itself hot enough,
the tar puddling around our boots like lava leaked

from Dante’s hell. Jules LeBlanc and I bunked together
and drove back to Baton Rouge on the weekends
to do laundry and eat our mothers’ cooking,

but on our last day before we went off to college,
we stopped at a roadhouse and emptied can after can
of Busch beer, the white mountains of the logo

holding out their snowy promise. Somehow...

MORE THAN THIS
by David Kirby

When you tell me that a woman is visiting the grave
of her college friend and she’s trying not to get irritated
at the man in the red truck who keeps walking back and forth
and dropping tools as he listens to a pro football
game on the truck radio, which is much too loud, I start
to feel as though I know where this story is going,
so I say Stop, you’re going to make me cry.
How sad the world is. When young men died in the mud
of Flanders, the headmaster called their brothers out
of the classroom one by one, but when the older brothers
began to die by the hundreds every day, they simply handed
the child a note as he did his lessons, and of course the boy
wouldn’t cry in front of the others, though at night
the halls were filled with the sound of schoolboys sobbing
for the dead, young men only slightly older than themselves.
Yet the world’s beauty breaks our hearts as well:
the old cowboy is riding along and looks down...

Chicken Spaghetti has the Poetry Friday round-up. Thanks, Susan!

I see the "braids"! And I am enamored of that metaphor. It's another way of talking about the weaving we poets do, or how we make those imaginative leaps. Thank you, Tabatha. xo

Oh, Tabatha, I love these, that he collects & tells stories from others. I will look for more. In that story about the school boys getting notes, I was told by my Aunt Barbara that nearly the same thing happened in school during WWII. People came into the classroom with notes & other classmates were terrified that the person would come to them. And, I love "At other times, I’m just a secretary". He brings both the sad & the happy so wonderfully. Thank you!

Thanks, Tabatha, for introducing me to Kirby, and his storytelling style of writing poems. These feel like they could be useful to me as mentor poems, a way to approach stories I might enjoy "braiding" together.

Thank you for this introduction to Kirby. I love that first poem, and I'm off to put a collection on reserve at my library!

Tabatha, thanks for sharing Kirby's poetry. They were powerful examples of braiding stories with realistic touches. I would like to read more of his work.

Oh, my. What a treasure of Kirby poems. Thank you. I love that detail, "bring it home to Jerome." There are so many little unique details that we all recognize from our own lives and help make these poems ours.

I love all three of these, but that last one. Just wow. What a punch.

Tabitha, Thank you for sharing this Kirby poem. I subscribed to Rattle but found much of it beyond my style of writing. I was happy to learn of Kirby's style of finding and braiding works together. In a strange way, it encouraged me.

Two new poets (Kirby and Jack Gilbert) on reserve from the library. Thank you, again, for expanding my horizons!

Oof... feel like a gut-punch after reading these. Wow. Thanks for sharing.

Tabatha: Thank you so much for the David Kirby poems. He is new to me, and I love what you have linked here, so I will look for more. Kudos...

Tabatha, I was feeling rushed this morning, but clicked on your site because I knew I'd be enriched by having done so. Sure enough, you introduced me to David Kirby and after reading his poems, I feel off-kilter --in a mostly wonderful, wondering way. Wow! What power is in these poems! Thank you so much for sharing.