I grew up in Los Angeles, and I was always fascinated by the La Brea Tar Pits. Right in the middle of the city, in an area called the Miracle Mile, for crying out loud, we have these eldritch ponds of dark, bubbling goo. And down in the muck, there're all these amazing fossils: mammoth and saber tooth cat and dire wolf.
~Greg van Eekhout

I was trying to figure out what to post for Art Thursday and I kept seeing all this cool old stuff. When I say old, I mean old. Here we go... 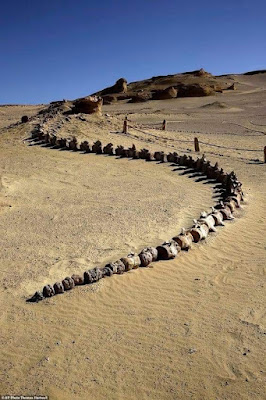 The Hove amber cup
Dated to around 1250 BCE, the amber cup was found in a Wessex culture grave in a coffin made from a treetrunk. Also in the coffin were a skeleton, a Camerton (Wessex culture) type dagger, a whetstone and a small axe.
Photo credit: Royal Pavilion & Museums, Brighton & Hove 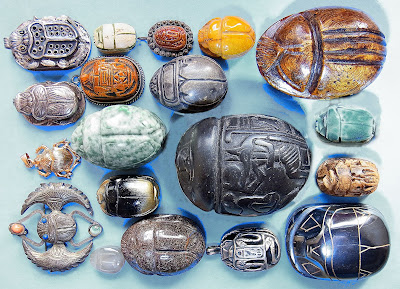 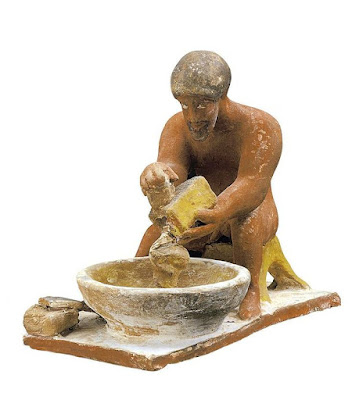 ALL of these are fantastic finds....and all very different. I don't have a favorite but the cheese grater guy and the whale skeleton are really special.