I found myself, I made myself, and I said what I had to say.
~Suzanne Valadon

Art by Suzanne Valadon (1865–1938) today. Some information about her from the National Museum of Women in the Arts:

Born Marie-Clémentine, Valadon was the daughter of an unmarried domestic worker. She grew up in Montmartre, the bohemian quarter of Paris, supporting herself from the age of ten with odd jobs: waitress, nanny, and circus performer. A fall from a trapeze led her in a new direction.

From 1880 to 1893, Valadon modeled for several of the most important painters of her day, including Pierre-Auguste Renoir and Henri de Toulouse-Lautrec. Although she could not afford formal art classes, Valadon learned readily from the painters around her. Close friend and mentor Edgar Degas also taught her drawing and etching techniques. Valadon soon transitioned from an artist’s model into a successful artist.

Valadon also had a complicated personal life. By 1909, she had given birth out of wedlock to Maurice Utrillo (who later became an artist), married, and divorced. That same year, Valadon, 44, started painting full time. A mere two years later, she attracted critical acclaim with her first solo exhibition.


View from My Window in Genets (Brittany)
by Suzanne Valadon 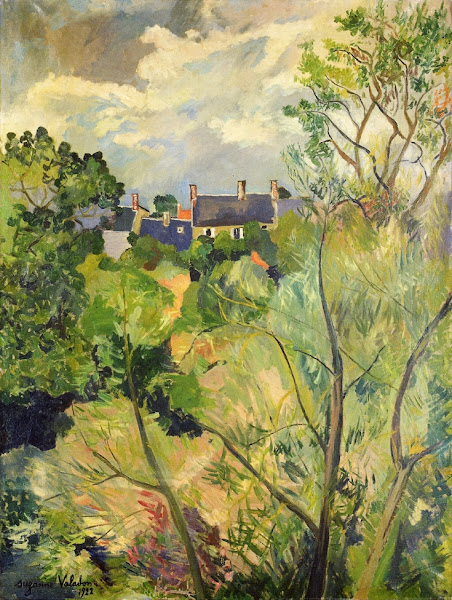 Raminou sitting on a cloth
by Suzanne Valadon 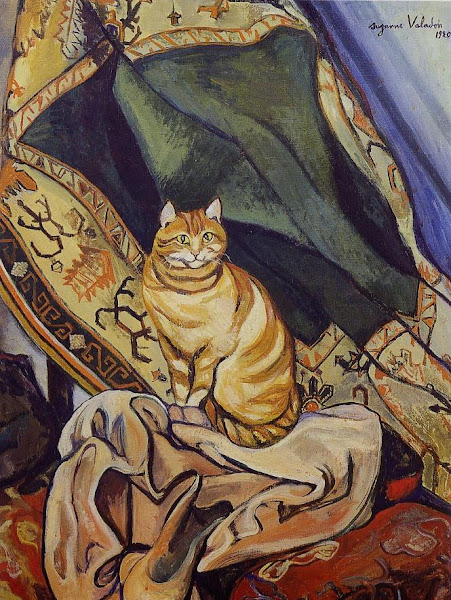 Woman with a Double Bass
by Suzanne Valadon 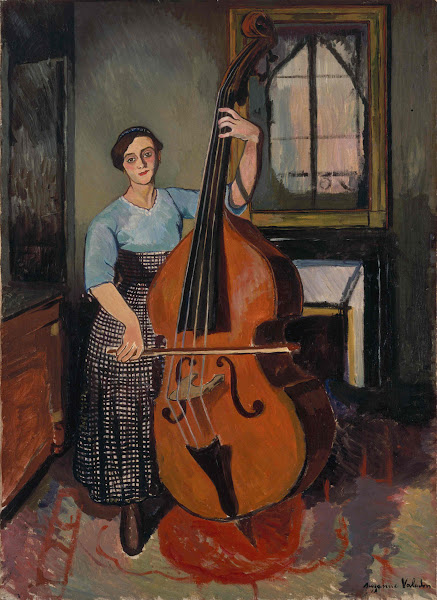 Wow, she certainly had some good mentors and artists she could study.

The descriptive paragraph was very interesting!

Her work is quite good.