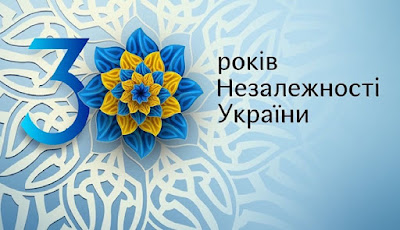 On 11 September 1988, roughly 300,000 Estonians (almost one-third of the population) came together in the Tallinn Song for the national Song Festival. For the people of the Baltic States, choral singing has always been a source of strength as well as national unity. That year, the sense of nationalism was high and singing became a means of expression and protest to Soviet hegemony.

Along with the Singing Revolution, the Baltic Chain (also called the Baltic Way) was instrumental in Estonia regaining its independence. On August 23, 1989, nearly two million people from Estonia, Latvia, and Lithuania took to the streets and clasped hands forming a chain of people that extended about 670 kilometers.

Definitely a big congratulations to Ukraine and Estonia! Love the idea of the huge chain of unity for the Baltic Chain.