If there is magic on this planet, it is contained in water.
~Loran Eisely

Aquamanilia (or aquamaniles) for Art Thursday. An aquamanile is a pitcher-type vessel that usually contained water for washing hands as part of upper-class meals or the Christian Eucharist. (The word itself means "water" and "hands.")

Bronze aquamanile in the form of a mounted knight
Germany, 1200s
Metropolitan Museum of Art
photo by Postdlf 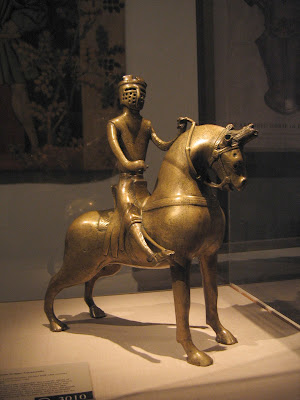 Aquamanile in the Form of a Unicorn
German, circa 1425 –50
Metropolitan Museum of Art 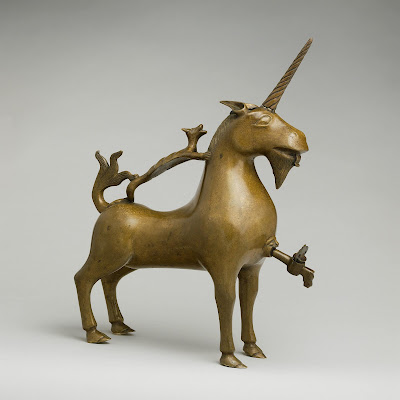 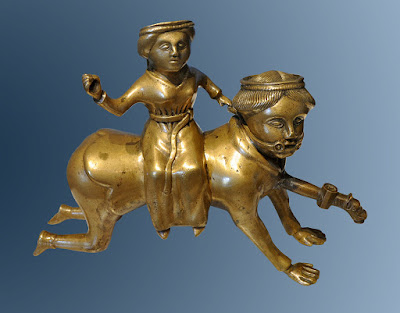 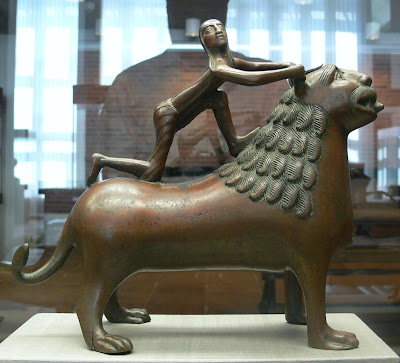 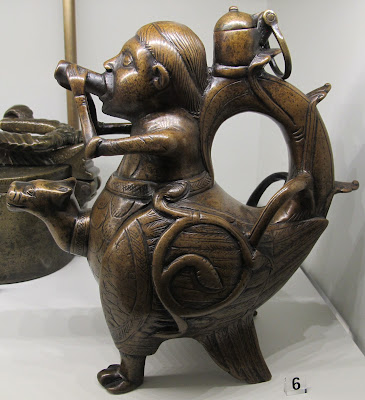 How cool! These are wonderful works of "practical" art. Especially liked the Valle della mosa one. Beautiful, intricate carving.