To maintain the design, the garden needed to be replanted approximately once every 100 years. Louis XVI did so at the beginning of his reign, and the undertaking was next carried out during the reign of Napoleon III. Following damage caused by a series of storms in the late 20th century, including one in December 1999, which was the most devastating, the garden has been fully replanted and now boasts a fresh, youthful appearance similar to how it would have looked to Louis XIV.
~The official site for Versailles

Gardens yesterday, the grounds at Versailles today. For Art Thursday, here are a few of the gardens' striking sculptures and fountains: 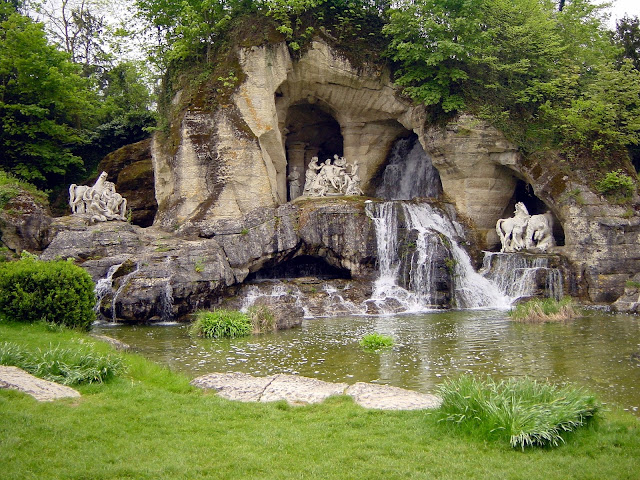 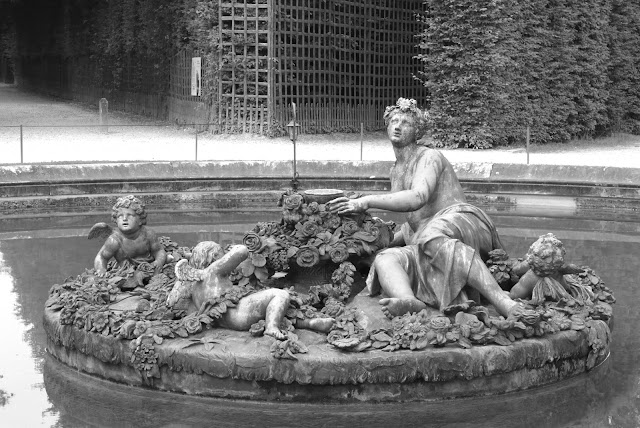 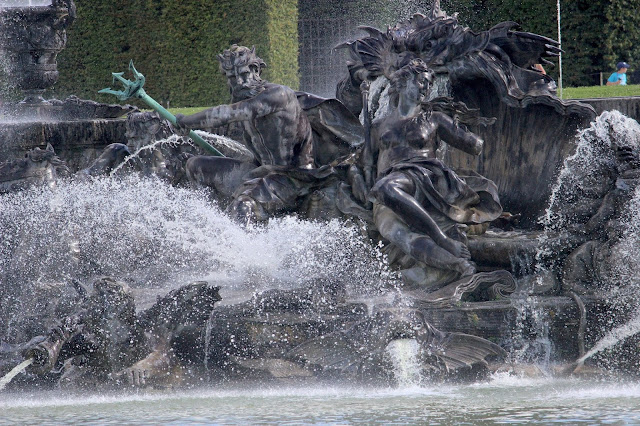 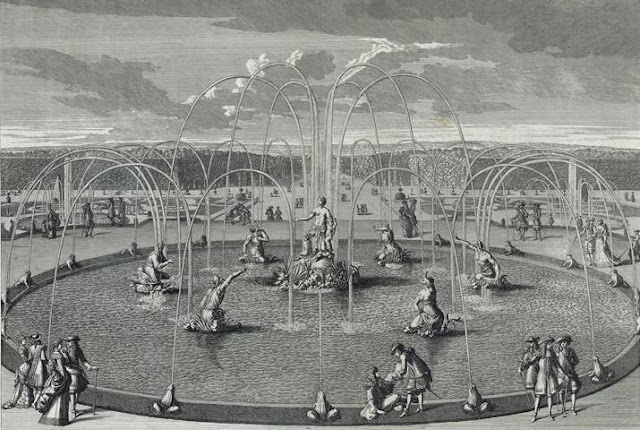 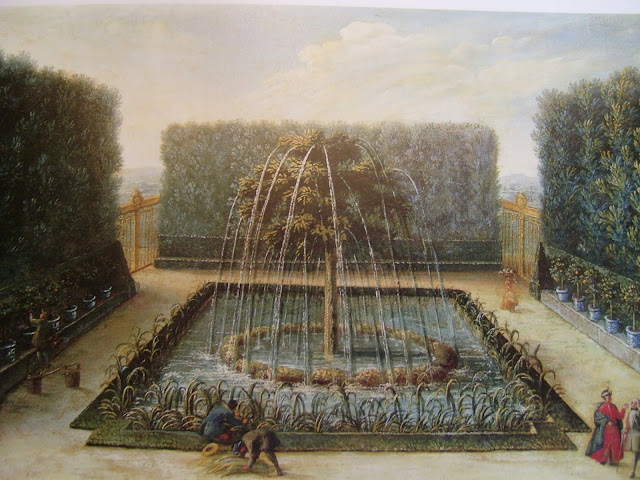 The Story of Versailles by Francis Loring Payne
Posted by Tabatha at 12:00 AM

Cool info. Didn't know the gardens had to be replanted every 100 years and that they're still being tended to. I'm guessing the sculptures are still the originals? If so, they've weathered beautifully.