Look at Scottish guys wearing kilts - you could look at them and laugh, but the way they carry themselves, how can you? You can wear some of the weirdest things and be cool. If you believe in it, that's what makes it cool.
~Andre Benjamin

Kilts today, in all their grand variety: 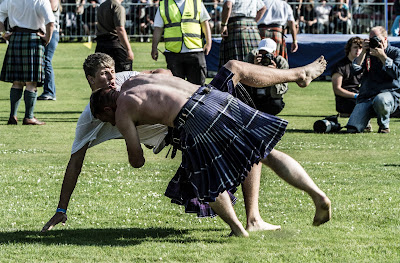 Kilt and dress made of silk ties
photo by B 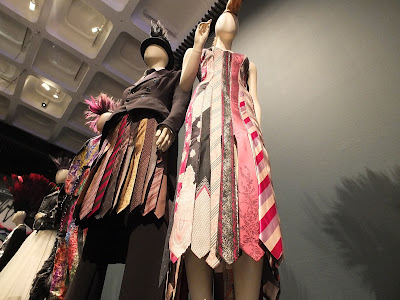 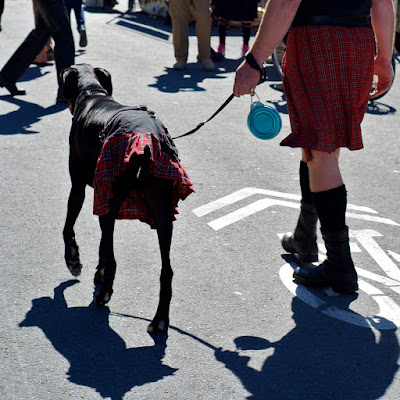 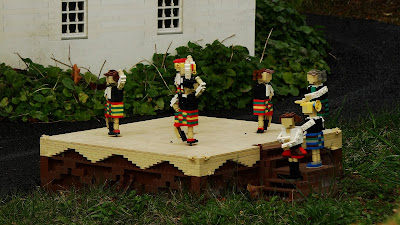 Soldiers looking at a shrine damaged by shells, World War I
National Library of Scotland 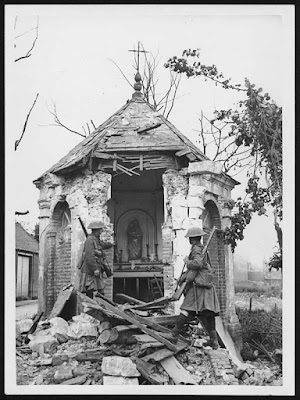 Love the caricature and the Storm Trooper photo. :-)

And is there anything that someone hasn't used Legos to depict?