Among a thousand good men, a bullet hit an irreplaceable one.
~Franz Marc on the death of August Macke

Painter, watercolorist, and decorative artist...also designed carpets and tapestries and made pottery and glass paintings...mobilized during first week of war; killed in action seven weeks later.

...As a fallen veteran, German officers protested the confiscation of his works and his inclusion as a degenerate artist by the Nazis. (information from the MoMA Collection)

Just a taste of info, but it makes you wonder, doesn't it? It seems as though there's a whole movie's worth of story there. I shared art by his friend Franz Marc a number of years ago, along with this info:

Marc volunteered to join the army during World War I. I read that "his name was on a list of notable artists to be withdrawn from combat in World War I. Before the orders were carried out, he was struck in the head and killed instantly by a shell splinter during the Battle of Verdun (1916)."

I'm fascinated by the list of artists that the government wanted to save, but I didn't see any more information about that.


And here is art by August Macke:

Woman in park
by August Macke 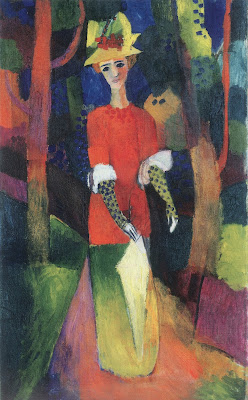 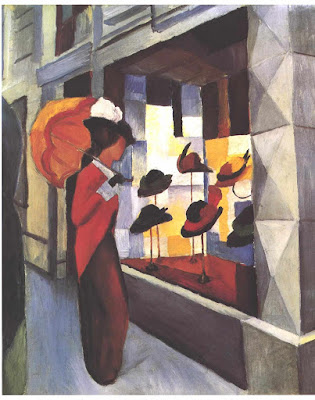 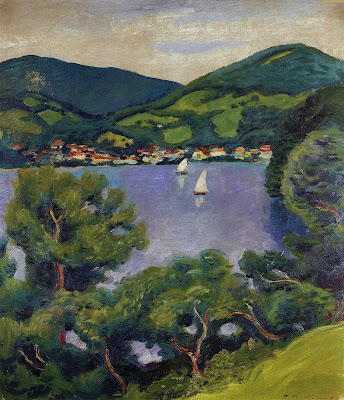 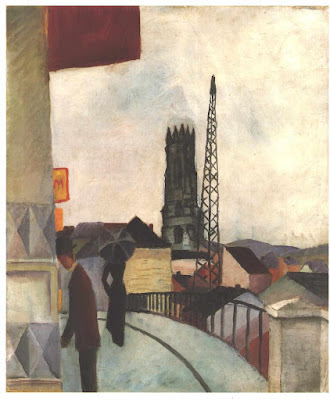 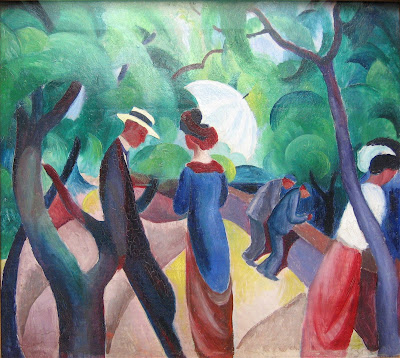 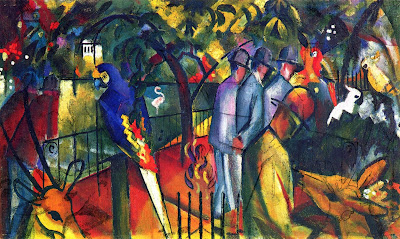 Angler am Rhein
by August Macke 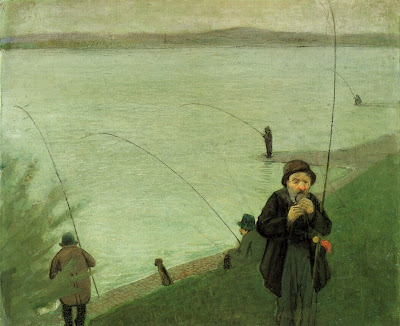 Some wonderful art by August Macke...at least we have these!

I didn't know that the German government tried to keep artists out of the fray during World War I. Very surprising...and definitely something to think about.

This is amazing art. I like the curvatures in all his work. Not much angular to see. I almost wouldn't be surprised to find that if you lined all his work up just right, all the lines would spell out something, or be a map. I don't know why I get that impression. I guess it is the cohesiveness. Each has (though the Hat Store is less so)a curved line from the bottom of the picture running through and across it. Fishing poles, edge of road, hillside, etc. Very distinctive style. Thanks for sharing!