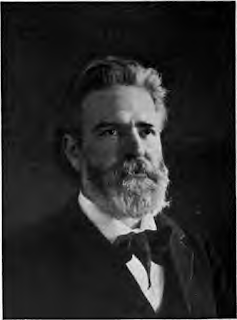 Two poems today by Edwin Markham, plus a song related to the first poem. Edwin Markham trivia: At the time of his death in 1940, Markham had collected 15,000+ books (some reports say 30,000), which he bequeathed to Wagner College, along with his personal papers. Markham's correspondents included Franklin D. Roosevelt, Ambrose Bierce, Jack London, Carl Sandburg, and Amy Lowell.

The Poetry Friday round-up is at Radio, Rhythm & Rhyme.

Enjoyed Markham's poems and it was nice hearing MCC -- it had been awhile :).

Mary-Chapin had a big hit with that when it came out in the '90's...but I haven't heard it in years! I also identified with Edwin's words! Thanks for sharing.

Outwitted was in a packet of poems we received in 7th grade. It's one I've retained in my memory all these years. Continues to be relevant today!

Now I'm thinking of other opposites that could go with anvil/hammer, bug/windshield, exclusion/inclusion...

And about those 15,000 books. The problem I gave my students in math this week was to estimate how many books are in my classroom (as we prepare to move them all the the [yay--bigger] room next door).

Love that MCC -- the song immediately began playing in my head when I read your header. I'm in the process of trying to cull books from our crowded shelves and we have nowhere near 15K!!

Loved Markham's poem Preparedness "When you are the anvil, bear—
When you are the hammer, strike."
You've got to be flexible and ready - though I really don't enjoy those "anvil" days.