Sharing music postcards this Music Monday. It must have been Laura Shovan's postcard project that sparked my interest. I think she could write some interesting poems from these: 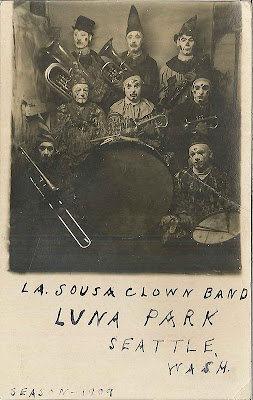 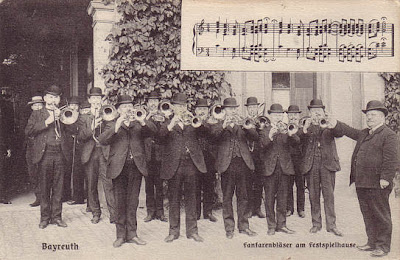 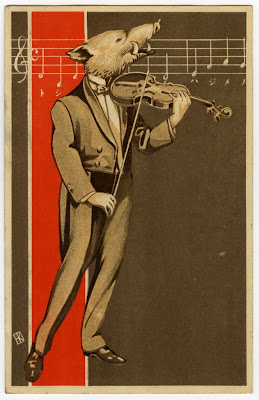 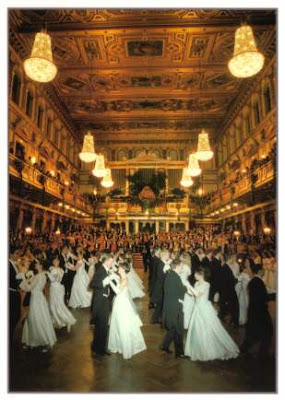 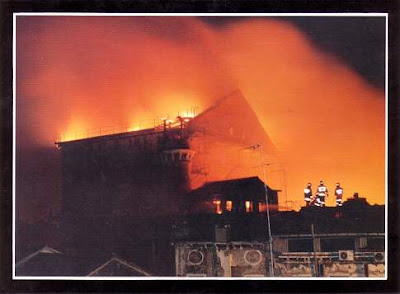 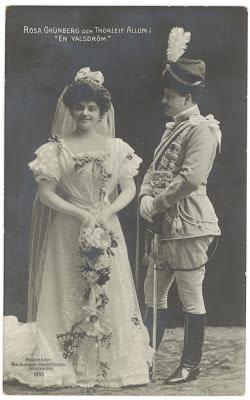 "Music Hall, New York World's Fair"
Reverse Text: "The World's Fair Music Hall, erected by the New York World's Fair 1939, seats 2,500. The auditorium is egg-shaped, without balconies or interior columns, thus affording perfect sight lines and acoustics. A dominant feature is a box-like stage house, rising to a height of 80 feet. The Music Hall, designed by Reinhard and Hofmeister, is of modern design, of fireproof construction, air-conditioned and equipped with latest stage mechanisms and appliances." 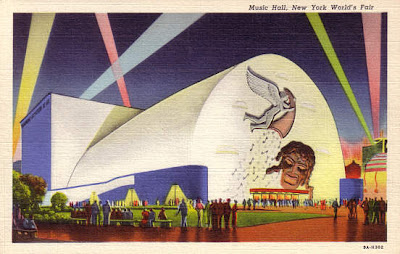 Concert hall, built 1901 by August Esenwein and James A. Johnson for the Pan-American Exposition 1901. Site of the assassination of President William McKinley on 6 Sep 1901. Used for orchestral and organ concerts during the exposition. 2200 seats. Demolished after the exposition. 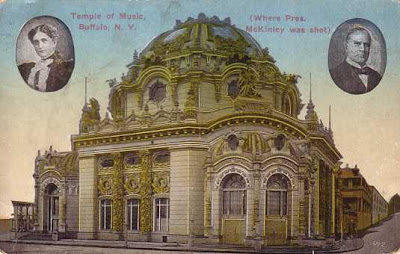 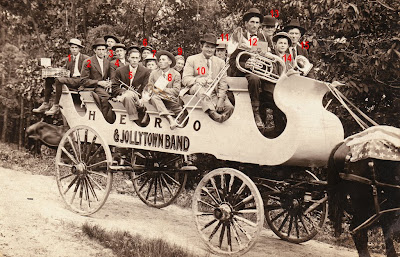 Hi, Tabatha. I'm sorry we can't meet for lunch today, but thank you for this great postcard post! These cards are amazing -- from the creepy clowns (scary), to the violin-playing boar and what exactly is that supposed to be on the side of the World's Fair Music Hall. Weird. Researching the postcards for my project has opened my awareness to new places and people.

That Jollytown Band doesn't look so jolly, Tabatha. Amazing the depth & breadth of the postcard world. I've always liked postcards & use them a lot in my teaching, but now I'm finding them everywhere too. Just shows that once aware, one sees what was there all along. I love that one with the couple!