As much as you’ve changed during your time here, more change is coming. You’re going to continue to evolve in unforeseen ways. You are full of complexities and wonders that haven’t even begun to surface. Life’s unpredictability will draw these out and what defines you now will be mere shades and hues of a more vibrant you over the next five, 10, 50 years.
~Octavia Spencer

Y'all seem to like my silly posts on celebrations, so here's another. A couple of weeks ago we celebrated my son's birthday and graduation.

My "card" for Dash's graduation was a little Jeopardy game. He and his girlfriend took a Jeopardy tryout test thingie. Maybe they'll get to be on the show someday. I customized the categories: ceremonies (because graduation), candidates (because he's been a campaign manager for over a year), state flags (he knows a lot about flags), and quotable women (in honor of his candidate). I got the questions from a collection of crowd-sourced questions. 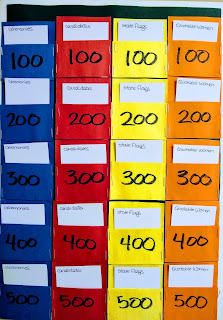 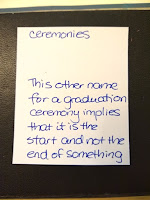 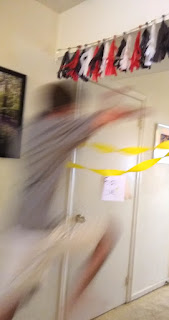 A couple of days later, we celebrated Dash's birthday. His birthday theme was "vintage movie theater" in honor of his history thesis. My husband hung four sets of red (vinyl) curtains. You really felt like you *arrived* by the time you made it through all four! We put up a bunch of vintage etiquette posters...they were pretty obsessed with hat-removal back then, rightfully so: 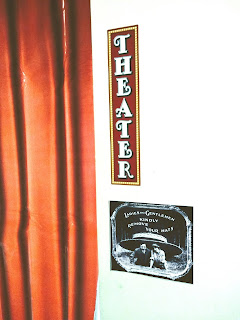 Dash had decided to shave his beard on his birthday (so N95 masks could fit well), so I added that to his "ticket":

Next up: a family writing project. Five of us have created characters...the idea is that a story develops through the letters the characters write each other. Or something like that. We'll see how it goes!

So. Much. Fun. Your son is so lucky to have such a creative and awesome mom, Tabatha! Congratulations and happy birthday to him. I hope he and his girlfriend get to go on Jeopardy. I was lucky enough to watch a taping of Jeopardy: College Championships when it was filmed at UW-Madison in 2008. I have to say that Alex Trebek is as warm and kind in real life as he seems on TV. :)

Yeah for Dash. To have TWO big events close together...and have them so beautifully done up...is very special, which is great because he IS special.

YOU GUYS. Congratulations to Dash as he dashes across the finish/begin line, and what fun you have made of all the missing pomp and circumstance. What was his thesis exactly?
What movie did you watch?