Japan never considers time together as time wasted. Rather, it is time invested.
~Donald Richie

Tomorrow I have a netsuke found poem; today I have a related object: inrō. Inrō were most commonly used to carry identity seals and medicine and were held together by a cord, secured to a netsuke. An ojime (bead) on the cords between the inrō and netsuke held the boxes together.

Inro with Cranes Soaring by Mount Fuji, and Netsuke of a Turtle, 19th century
The Walters Art Museum 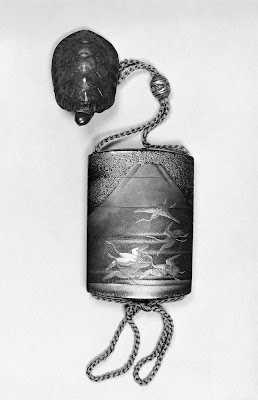 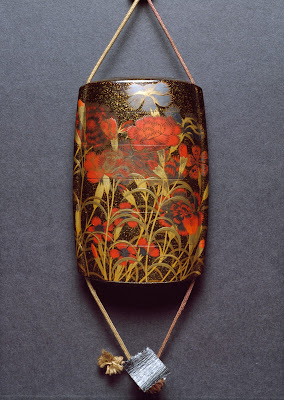 Inrō in the Shape of a House 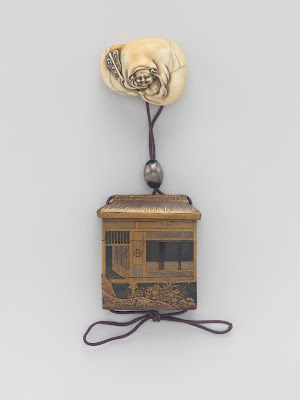 Inrō with a Chinese scholar and attendents 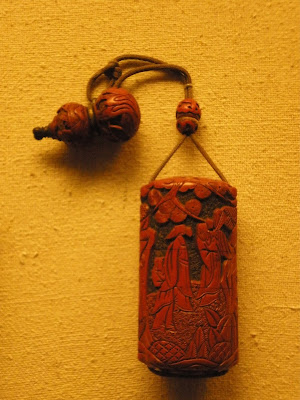 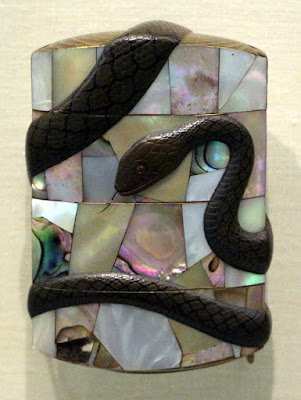 Gorgeous pieces, Tabatha. Particularly liked the house with the something-or-other looking over it. And the serpent, while not particularly appealing, is indeed interesting.

I learned about the inro years ago when I encountered it in various crossword puzzles. :-)