For most of human history, 'literature,' both fiction and poetry, has been narrated, not written — heard, not read. So fairy tales, folk tales, stories from the oral tradition, are all of them the most vital connection we have with the imaginations of the ordinary men and women whose labor created our world.
~Angela Carter 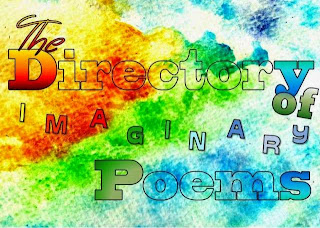 Today we are adding poems by Diane Mayr and Megan Arkenberg to the Directory. My thanks to Diane and Megan for giving me permission! If you'd like to read more about the Irish legend of Máel Dúin, go here, here, or here.

Máel Dúin, Seafarer of the Atlantic
by Diane Mayr

All you need know is this:
Máel sets forth to avenge
the death of his father, a
rapacious, godless, man.

It would seem a simple task
for a fit young knight. Along
with 17 companions Máel
discovers the island that

harbors the murderers,
and yet, unconquerable
winds prevent their exacting
revenge. Not to worry!

Máel Dúin puts his trust
in a god that will lead
them where they need
to go. Sail on! Sail on!

and crystal, or sheep that
switch from black to white.
Isles of enchanted cats.
Isles of raining fish.

Seafaring men. Trusting in
a god to lead them to their goal.
Decade upon decade they sail.
Too many years to tally.

Thoughts of revenge forgotten.
They travel home again with
tales dictated by God, senility,
or simply, a fertile imagination. 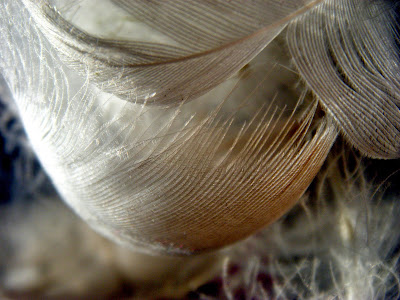 We Pay Our Fare in Apples Here
by Megan Arkenberg

Everything in this station has a story, he said.
The walls are curved in such a way that the echo
of a penny dropped in the exact center of the tunnel
sounds like an apology from your late father.
If you crawl beneath the turnstiles in the wrong direction
the next train you board will take you
to every place you’ve ever forgotten,
and the ride will last for seven years.
One time, a woman fell off this platform
and touched the edge of a rail.
She turned into a swan.
Commuters find feathers in their briefcases,
sometimes. They always smell like summer.

Thanks for featuring my illustrated poem today. I put a link at Random Noodling. Megan's poem is lovely and evocative, what good company I'm in this week!

Oh my - I'm exhausted but inspired by all this journeying today! Thanks, Tabatha, and to these imaginative poets.

Beautiful stories, and wouldn't it be wonderful to hear a storyteller share them! Thanks to all for translating old stories into new ones!

Two prodigious leaps of the imagination today! I love how your blog has become an imaginary cliff. When I step off of it, who knows where I'll land. Thank you to Diane and Megan!

Thank you for these two imagination stretching poems. Inspiring.

What fun! I'd love to find a feather in my brief case.

Great choices today, Tabatha. I enjoyed Diane's adventure story, especially the balance of faith and imagination that Mael discovers on his journey. Megan's poem -- the image of the swan feather in briefcases will stay with me.

Wow. Both are lovely, but those swan feathers...oh my.

What imaginative poems. I love how Diane has illustrated hers on an ancient map. And who wouldn't want to find summer-smelling swan feathers in their bags (of course it might be better not to know the story behind them...)? Thanks for sharing these flights of fancy!

Hi there Tabatha. I love both poems, but the second one resonated with me a great deal. How heartbreaking yet filled with so much promise too.

the next train you board will take you
to every place you’ve ever forgotten,
and the ride will last for seven years.

I wonder what happens after seven years. :)