People Are More Fun Than Anybody

I have endeavoured in this Ghostly little book, to raise the Ghost of an Idea, which shall not put my readers out of humour with themselves, with each other, with the season, or with me. May it haunt their houses pleasantly.
~ from the preface of A Christmas Carol 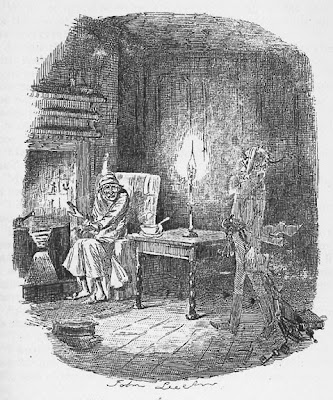 Having Dorothy Parker and Charles Dickens together reminds me of a cartoon that was one of my teenage favorites. I would have a hard time describing it, so I'll use Stuart Moore's description. He says:

There’s a great Roz Chast cartoon from The New Yorker called “Where Their Paths Crossed,” graphing the lives of Davy Crockett and Franz Kafka. The Kafka line has points along it labeled “Depressed kind of guy,” “Lived in Europe,” “Modern writer,” and “Thought the world had a lot of problems.” The Crockett line is made up of points like “Folk hero,” “Frontiersman,” “‘The Coonskin Congressman,’” and “Could whip his weight in wildcats.” And there’s one point where the lines cross, marked: “Liked to eat raw dough.”

Dorothy Parker and Charles Dickens may be unexpected pairing, but they're kind of like chocolate chips and cookie dough. They're fun together. My poetry for today is what Parker had to say about Dickens:

Who call him spurious and shoddy
Shall do it o'er my lifeless body.
I heartily invite such birds
To come outside and say those words!

* David Perdue's Charles Dicken's page points out that The Internet Movie Database lists over 200 films made from Dickens' works!
* Victorian Web has articles about Dickens' novels from the point of view of political history, economic contexts, science, imagery, gender, religion, and more. 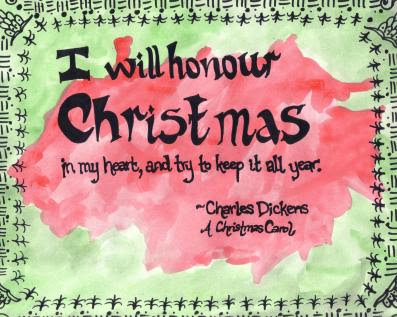 The top four Parker links are videos:
* Jane Learmouth does a nice job with Parker's Unfortunate Coincidence
* Shaken and Stirred: A Tribute to Dorothy Parker
* Tallulah Bankhead reciting Sentiment by Dorothy Parker
* A clip from Mrs Parker and the Vicious Circle (Dorothy reciting Resume)
* Dorothy Parker gifts
* The title of this post is a Dorothy Parker quote, natch. 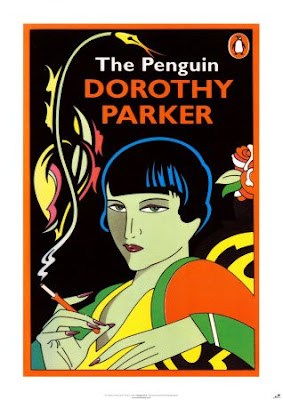 I made the Dickens quote picture, and Philip V. Allingham scanned the John Leech illustration from Dickens' A Christmas Carol which is at the top.

As long as we are making curious connections, here's a quote I read yesterday that reminded me of Ms. Parker: "I do not want people to be very agreeable, as it saves me the trouble of liking them a great deal."

Know who said it?
Jane Austen.

This week's Poetry Friday round-up is at The Poem Farm.

A Tale of Two Cities remains one of my favorite novels. What a great opening and ending! I can still quote both. Very memorable.

This post has richness worthy of the eggnog-and-fruitcake season! You always surprise me, Tabatha.

Now I'm picturing a whole book of "Where Their Paths Crossed" cartoons. But that's such a good idea it probably already exists.

Your daugher's poem was the real deal, by the way. : )

Tabatha, You have put me in the mood for tomorrow's evening outing...A CHRISTMAS CAROL. Many thanks and good wishes of the season to you! A.

Excellent pairing. I'm sure Ms. Parker and Mr. Dickens would have enjoyed one another.

M, Tale of Two Cities was one of the teacher-assigned stories I liked the most. I think I can recite those bits, too.
Heidi, thanks for the compliment about A. She loves to write. A book of real "Where Their Paths Crossed" would be fascinating.
I was thinking that a short story about Dorothy Parker and Mae West writing a play together would be a kick. What do you think of that pairing, Dori?
Amy, I'm totally in the mood to see it, too. Merry Christmas!

Dorothy Parker was a woman I greatly admire. Since I found the Dorothy Parker Society, and started receiving their occasional emails, I've wished to live in New York City just so I could attend their events.

Diane, I'm planning on going to see her grave/memorial. It's at the NAACP headquarters in Baltimore. There's an interesting story that goes along with that, which I hope to tell after I visit it.

Charles and Dorothy and Jane, oh my! I love the Dickens-Parker connection (and did not know the poem)--thanks very much for sharing. Made my day!

Love it! I'm going to have to learn more about Dorothy Parker . . .