Today we're looking at the Aztec calendar. My understanding is that the Aztec version had its roots in the Mayan calendar. The face in the middle of the calendar is Tonatiuh, the sun god. I'm including a heaping helping of links below.

Who were the Aztecs? Archaeology guide Kris Hirst explains, "Aztecs are the collective name given to seven Chichimec tribes of northern Mexico." Their civilization was dominant from the 12th century until the Spanish invasion in the 15th century. 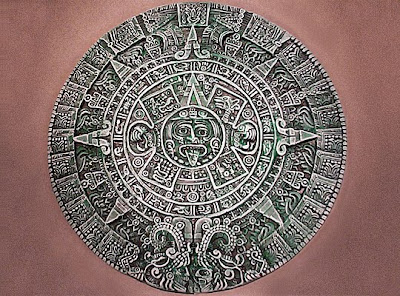 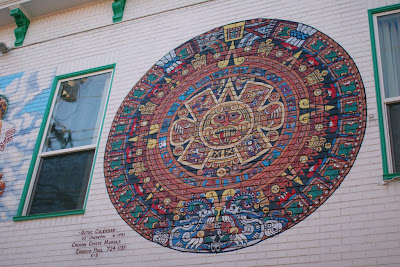 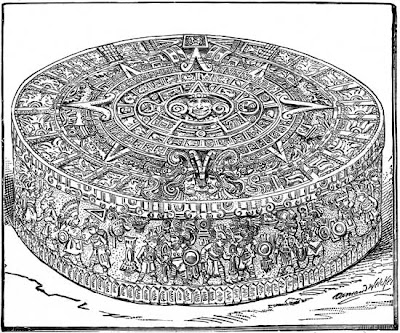 From the book Historical and chronological description of the two stones found during the new paving of the Mexico's main plaza
by Antonio de Leon y Gama, 1792 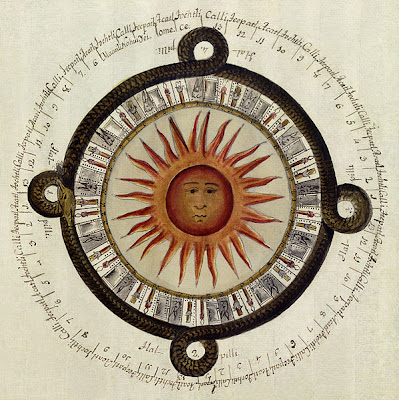 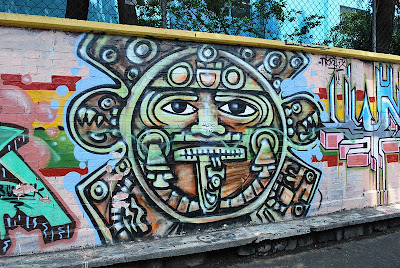 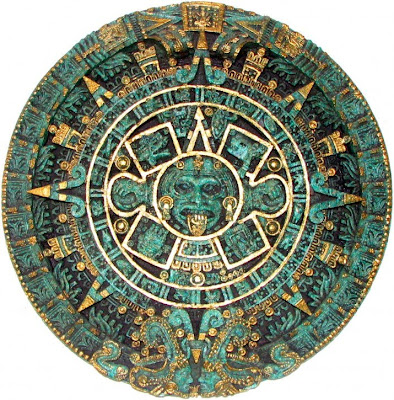 * The NIST (National Institute of Standards and Technology) site has a neat exhibit called A Walk Through Time that includes info on ancient calendars.
* Info comparing the Mayan and Aztec calendars
* A diagram showing the meaning of the Aztec calendar
* The most famous Aztec calendar is the one at the Anthropology Museum in Mexico City. It took 52 years to be completed!
* I had almost finished this post when I saw this article from Wired, which says that the Aztec Calendar Stone was used as an altar for human sacrifice.
* A book about the Aztec Calendar Stone
* How to Make An Aztec Step Pyramid
* 2012 Isn't the End of the World, Mayans Insist
* You can actually get an Aztec Calendar on a onesie!
* Brush footwear shoes: 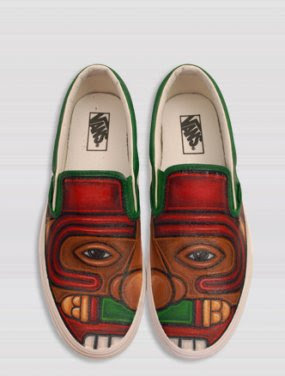 Go there if you'd like to see what your symbols are.

Fun to find out my Aztec symbols and date.

My take - if the world does end, what can we possibly do about it? So, I shan't worry.

Sorry to point it, but calendar no 3, it's VERY unacurate. matter in fact, I'm pretty sure, that design never existed.

No need to be sorry for pointing it out. My focus was artistic appreciation rather than accuracy, but someone else might like to know that No. 3's accuracy is questioned.