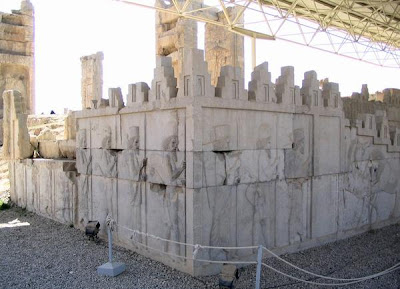 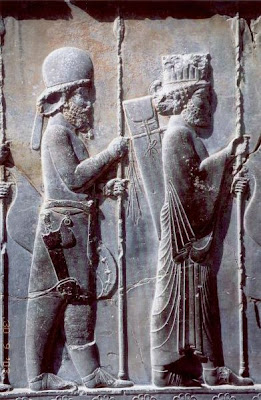 Alexander the Great's troops purposefully wrecked Persepolis. Even after all that damage, isn't it still amazing? It must be inspiring to see in person.

Most of these photos are from a lovely web site called Livius. The photos are by Marco Prins, and Jona Livering wrote the text. She says: Persepolis is the "Greek name of one of the capitals of the ancient Achaemenid empire, founded by king Darius the Great (522-486 BCE), forty-three kilometers downstream from the capital of Cyrus the Great, Pasargadae. It was destroyed in the spring of 330 by Alexander the Great." (A lot of people were "Great" back then, eh?)

More details: "[Alexander the Great] destroyed several palace buildings (not all!) in April, because he was not yet sole ruler of the Persian empire, and it was too dangerous to leave the enormous treasures behind, where his enemies could recapture them. The Palace of Xerxes seems to have received a special treatment, because it was damaged more severely than other buildings; it is likely that the Greek soldiers in Alexander's company had their revenge for the destruction of Athens in 480 BCE." 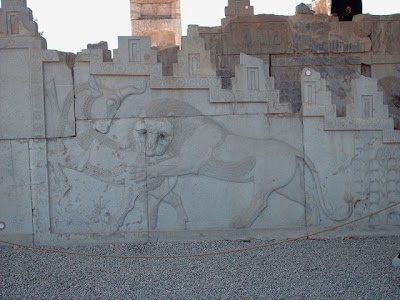 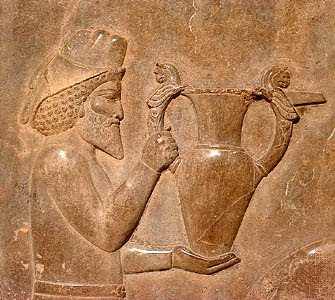 Ms. Levering again: "The entrance of the Gate of All Nations was protected by mythological creatures called lamassus, bulls with the head of a bearded man. These bull-men originated in Babylonia and Assyria, but the Persians adopted them. The general idea behind them is that they warded off evil."

Lamassus at the Gate of All Nations 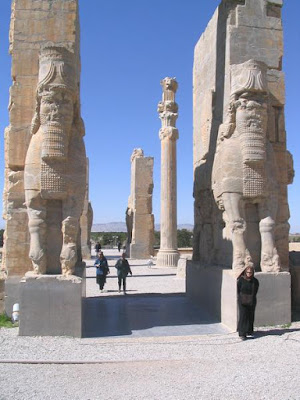 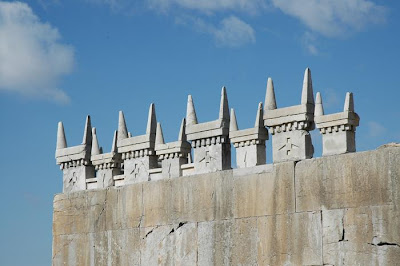 ~ For more information about Persepolis, visit the Ancient History Encyclopedia
~On a different, but similar, topic: an article about the 2001 Taliban destruction of the 1500 year-old Buddha statues in Balmiyan, Afghanistan. I remember how horrifying this was at the time.
~ A wiki list of lost artworks.