"No known roof is as beautiful as the skies above."
~ Michael O'Muircheartaigh

I've talked before about how much I love NASA's photos and artist-generated illustrations, but it bears repeating -- they are spectacular!

Thin Blue Line
The thin line of Earth's atmosphere and the setting sun are featured in this image photographed by the crew of the International Space Station while space shuttle Atlantis on the STS-129 mission was docked with the station. 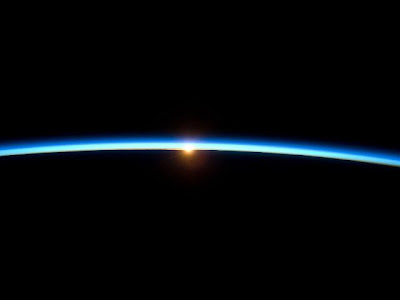 The Birth of Stars
The fantastic new camera installed on NASA's Hubble Space Telescope during Servicing Mission 4 in May has delivered the most detailed view of star birth in the graceful, curving arms of the nearby spiral galaxy M83.
The remains of about 60 supernova blasts, the deaths of massive stars, can be seen in the image, five times more than known previously in this region. WFC3 identified the remnants of exploded stars. By studying these remnants, astronomers can better understand the nature of the progenitor stars, which are responsible for the creation and dispersal of most of the galaxy's heavy elements. 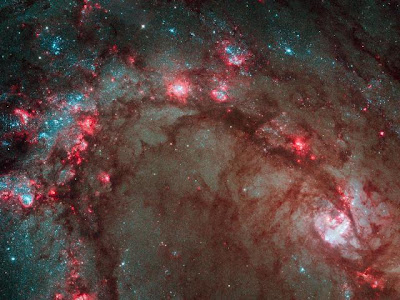 Noctis Labyrinthus
Layers in the lower portion of two neighboring buttes within the Noctis Labyrinthus formation on Mars are visible in this image from the High Resolution Imaging Science Experiment (HiRISE) camera on NASA's Mars Reconnaissance Orbiter. 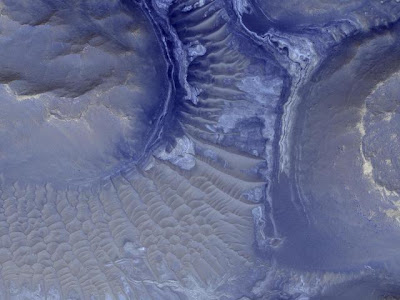 Spring Bloom in New Zealand Waters
Off the east coast of New Zealand, cold rivers of water that have branched off from the Antarctic Circumpolar Current flow north past the South Island and converge with warmer waters flowing south past the North Island. The surface waters of this meeting place are New Zealand's most biologically productive. This image of the area on October 25, 2009, from the MODIS sensor on NASA’s Aqua satellite shows the basis for that productivity: large blooms of plantlike organisms called phytoplankton. 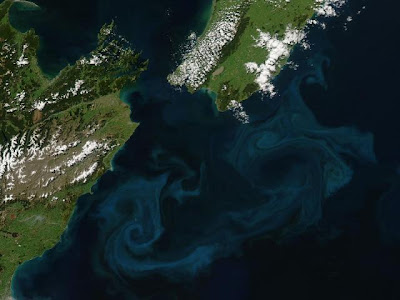 Rollout of STS-128
Rollout of space shuttle Discovery was slow-going due to the onset of lightning in the area of Launch Pad 39A at NASA's Kennedy Space Center in Florida. 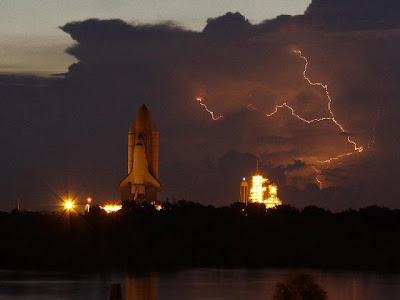 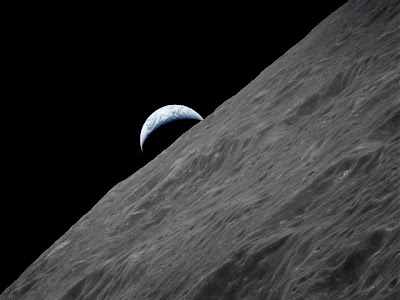