If society collapsed, we’d just rebuild it better. I know this, because it’s happened before.
~Jason Pargin 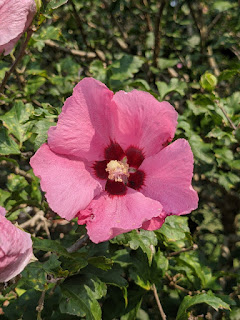 An excerpt from What we do and don't know about kindness by Claudia Hammond, BBC:

One morning, people walking down a street in the Canadian city of Vancouver were asked to take part in an experiment run by the American psychologist Elizabeth Dunn. They were given an envelope containing either a $5 or $20 note. Half the people were instructed to spend the money on themselves. The other half were instructed to use the money to buy a present for someone else or to donate the money to charity. In both cases, they had until 17:00 that day to spend the money...

Whether they had $5 or $20 made no difference, nor did what they bought. What mattered was who they spent their money on. The people who had spent it on someone else felt significantly happier than those who treated themselves.

...In [another] study, a researcher is hanging up washing, but then runs out of pegs. Meanwhile, it's been arranged that the toddler playing nearby opens a box, finding either another peg, a marble to use in their own game or a useless piece of plastic. Digital analysis of their body language showed that on the whole they were just as delighted to find the peg for the researcher as they were at finding the marble for themselves.


I can imagine the pleasure of the children who found a peg in their box, can see their surprised faces.

Also, here's Stop Telling Me Humanity Is Doomed by Jason Pargin (note: there is cussing.)

Thanks! And for the lovely hibiscus photo, too.