I know what I have given you...
I do not know what you have received.
~Antonio Porchia 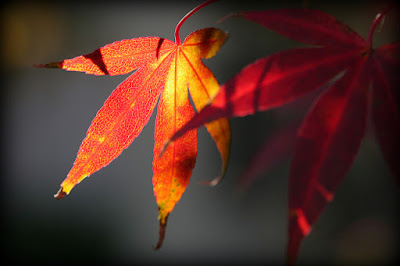 When Giving Is All We Have
by Alberto Ríos

One river gives
Its journey to the next.

Giving has many faces: It is loud and quiet,

What makes a nation’s pillars high
And its foundations strong?
What makes it mighty to defy
The foes that round it throng?

It is not gold. Its kingdoms grand
Go down in battle shock;
Its shafts are laid on sinking sand,
Not on abiding rock.

Is it the sword? Ask the red dust
Of empires passed away;
The blood has turned their stones to rust,
Their glory to decay.

And is it pride? Ah, that bright crown
Has seemed to nations sweet;
But God has struck its luster down
In ashes at his feet.

Not gold but only men can make
A people great and strong;
Men who for truth and honor’s sake
Stand fast and suffer long.

Thanks for sharing these poems. Both are very inspirational. Love Rios's work and am trying to read more of his work whenever possible. :)

Timely AND inspirational--thanks for sharing these, Tabatha.

Sometimes I wish I had met Ralph Waldo Emerson. His words are always wise. The poem by Alberto Rios is so full of love. I'm going to print that one, Tabatha. It's lovely: "Something greater from the difference." touched me. Thank you!

Perfect choices to share, as always, Tabatha. Thank you for both. For your generous giving! And for offering space for "truth and honor." XO

Like Robyn said! You always give us plenty to think about at The Opposite of Indifference. It's appreciated, T. :)

Ooh, that first one - love that anaphora style of repetition, and so beautifully done! The perfect pair of poems for this day.

"together, we made
Something greater from the difference."
That's my take away line/word "together" the process is just as important as the result.
And from Whitman
'Men (and women) who for truth and honor’s sake
Stand fast and suffer long. Hint hint, hint Mr. President.

Thanks for these two inspiring poems Tabatha!

Hi Tabatha. Both poems are inspiring. I like the lines about giving blue and yellow and together making green. We can forgive Emerson his line "only men can make a people great and strong." Perhaps today it can be "only We can make a people great and strong. WE who for truth and honor's sake stand fast and suffer long." Seems like we've suffered long. Now let's stand fast together and make change!