“You be careful. People in masks cannot be trusted.”
~Fezzik from The Princess Bride

This week, we're wearing the mask...

Alderwood mask of a woman of high rank, possibly Djiláquons
(They can tell she is "of high rank" because of her lip plug, called a labret.)
Haida, around AD 1830, from British Columbia
from the British Museum 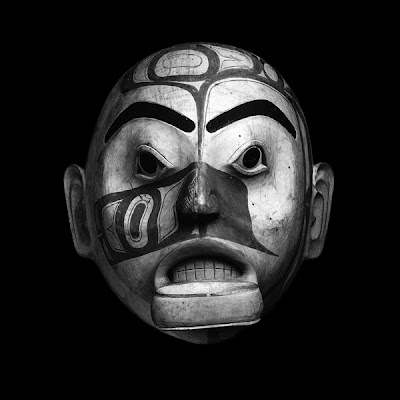 Trifaccia
from Magic of Venezia 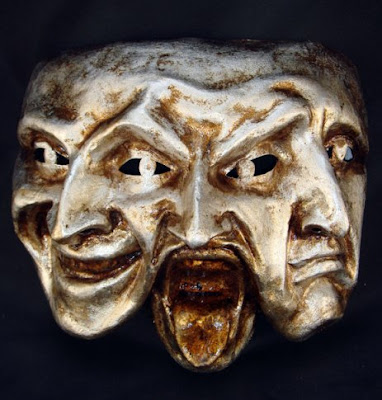 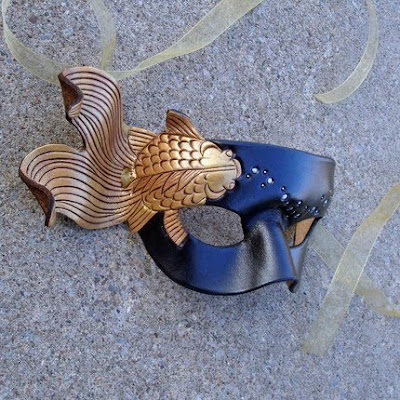 Plague Doctor Mask
It's understandable that doctors would have wanted to avoid catching the plague from their patients. But frankly, if I saw someone coming at me wearing this, I'm not sure how well I would have reacted. (Then again, if I had the plague, maybe I wouldn't have cared.) Shelley Batts offers some info about plague doctor garb here. 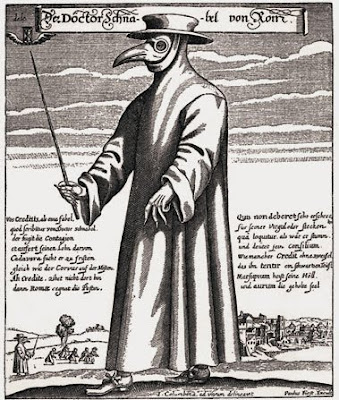 I like some other plague doctor masks, such as this one and this one. 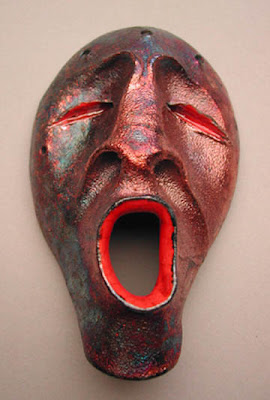 Mende Bundu Society (Sowei) Mask
From the Africa exhibit on the SJSU gallery site: "This twentieth century mask from the Sande Society in Sierra Leone was used for ceremonial purposes in the initiation of young girls entering adulthood."