All he did was love the cats, and that love multiplied and multiplied again.
~The Cat Man of Aleppo

Thank you to Jan Godown Annino for sharing her TIWYK poem with us today! 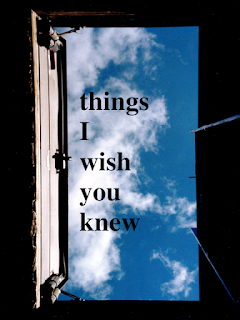 In Syria
as people raced death

I didn’t know of a man who
stayed put

but now
because of a book

I know he stayed behind
to care for cats

and because he cared
for mere orphan cats

but I'd like you to know
that in fact

our World has looked
longer, with more love

at his ancient city
seeing humanity

a place of
huge heart

that, in helping
abandoned cats

who are not
cats

Children are emotionally healed through the cat-sheltering work of the individual who has become known worldwide as The Cat Man of Aleppo. When news reports aired of Mohammed Alaa Aljaleel’s quest to rescue cats surviving war in his ancient town, Aleppo, critics scoffed at his work on behalf of mere cats.

But in the eyes of the world's children, especially fleeing families who knew refugee centers didn't accept pets, he became a hero.

You can learn about ongoing healing-from-war work, which includes helping children, at Ernesto’s Sanctuary for Syrian Cats (Ernesto was the name of a beloved cat of one of the center’s founders). You can read an insightful interview, which touches on why helping animal victims of war, also helps people, at School Library Journal.

Thank you so much for this poem, Jan! It never occurred to me that this would be a controversial thing until after we sold this book. At that point the publisher, art director and editor wanted to be sure we were remembering the PEOPLE of Aleppo. What's great is that Alaa's work has extended from the cats to animals of all kinds and now to an school and orphanage for the children in Aleppo. Beautiful! Thank you, Tab, for this rich series. xo

Tabatha, Jan and Irene....what an incredible collaboration any book is...but to see the ripple effect today in Jan's words on Tabath's blog with Irene's book. It's truly heartwarming. It's the cuppa hot cocoa I have needed. Thank you all so much!